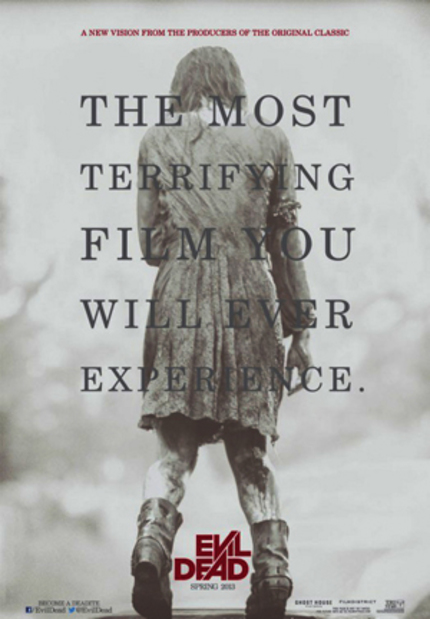 The red band trailer for Fede Alvarez' upcoming remake of Sam Raimi's Evil Dead proved that he could lay on the gore, that trailer laying on a pretty remarkable amount of blood and violence. And while it was effective it definitely left the question standing of whether he could make you squirm when not slicing a woman's tongue in half because, well, he's pretty much constantly doing things like slicing a woman's tongue in half in that first trailer.

Well, here comes the answer in the form of a new green band trailer. Less violence. Less blood. Still freaky. Sam Raimi - very much hands on as a producer of this - has promised to get back to the sincere, played very much straight horror roots of his original Evil Dead, setting aside the comedy of the sequels, with this one and he appears to be good on his word. Take a look below.

Do you feel this content is inappropriate or infringes upon your rights? Click here to report it, or see our DMCA policy.
evil deadfede alvarezremakesam raimi

More about The Evil Dead