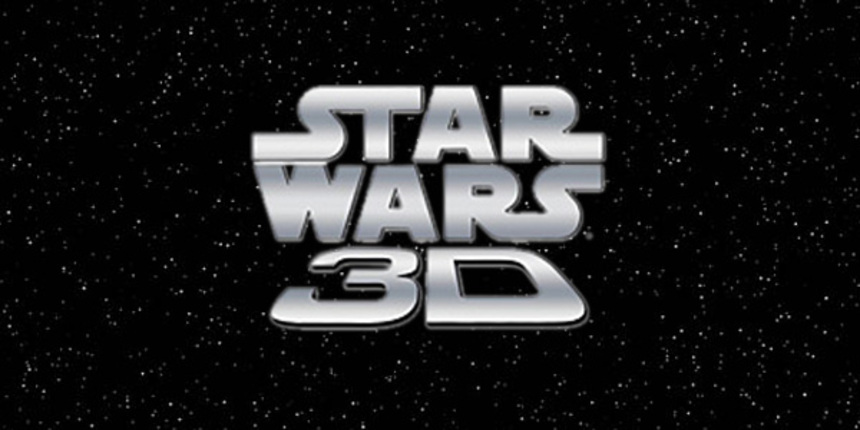 According to the official Star Wars site:

"Lucasfilm has decided to postpone this fall's scheduled release of Star Wars Episodes II and III in 3D. Given the recent development that we are moving forward with a new Star Wars trilogy, we will now focus 100 percent of our efforts on Star Wars: Episode VII in order to ensure the best possible experience for our fans. We will post further information about our 3D release plans at a later date."

Count me as one of those disappointed by the news. I tried to explain why even the much derided The Phantom Menace benefited from the post-conversion, finding that for the most part the dimensionalization was done with quite a bit of artistic sensitivity (especially given the subject matter). While the film made "only" $20 million dollars, it was always going to be the film that needed the most help with an audience, and if not for The Lion King 3D's $90m haul, the TPM figure would have certainly turned a profit for all involved.

There's loads about the two other prequels that would make for fine 3D visuals, from the battle finale of Attack of the Clones to the pretty magnificent "waterfall" opening sequence of Revenge of the Sith.

Others want to skip right to Empire, but it's actually the film that would likely benefit the least (then again, seing my beloved Probot on screen again would make me happy, as would sweeping shots through the ice fields of Hoth). It's also not so hard to think of the trench-run scene in Episode IV, or the speeder bike chase and end battle in Jedi and think that these would at least make for enjoyable days at the cinema. Hell, they could remix for Atmos and I'd be even happier.

Once again, I'm all for the preservation of the '77/80/83 cuts, and some even hinted that the 3D versions would pave the way for another home release, which would include the versions as bonus material (wishful thinking, but what the hell). For films of this nature, however, I'm not adverse at all to the futzing with the dimmensionality, as long as it's done with care and proper execution. Phantom Menace proved that this could be the case, and the fact that we won't be able to see the two prequels on the big screen in September is a bummer.

It also opens up weird questions about studio politics - clearly it's in Fox's interest to release the films (provided they maintain the presentation rights, and everyone assumes they still do), and it's understood that the 3D post-convert is already done, meaning it's not taking time away from ILM's work on the new films. Still, I'm sure there's a grand realignment afoot given the new focus on the various projects, so as we continue to have dribs and drabs leak out, we're sure to see other surprises creep up.

At any rate, we've got three new films to look forward to, and we may yet see these 3D presentations show up on a big screen someday soon.