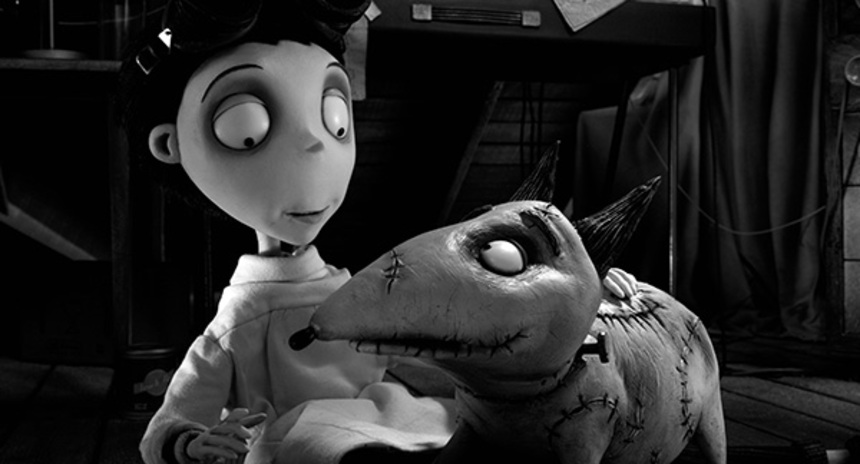 Allison Abbate has a pretty astonishing track record in animation, having played significant roles in Tim Burton productions dating back to Nightmare Before Christmas, while also producing such masterpieces as Iron Giant and Fantastic Mr. Fox.

Her latest project is Frankenweenie, the darkly comic stop-motion film that comes out on Blu-ray next week.

The project was born out of a live action short that Burton first made for Buena Vista back in the mid-80s, and the feature length animated version does a much better job at telling the story in an engaging way, and is even more representative of the "Burtonian" aesthetic that's now a trademark from many of his films.

We began by discussing the transition from a live action film to expand the story for the world of animation. 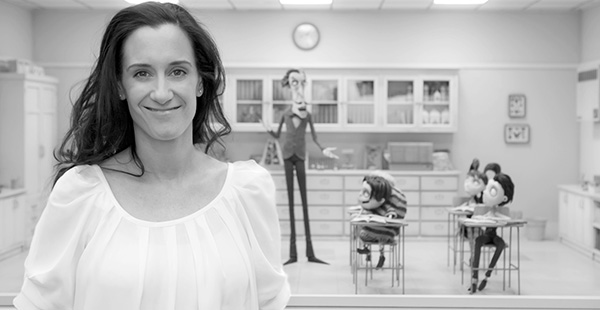 It wasn't that challenging because Tim (Burton) had so many ideas about how he wanted to open it up. The challenge was harnessing all those ideas and pulling them into one story, but he definitely wanted to add the other kid characters, so showcase that "kid politics", the relationships we always have in gradeschool. It also showcased that contrast of bringing your pet back to life because you love it, and bringing your pet back to life because you want to win a science fair, or some other competitive reason.

The original Frankenweenie was quite famously considered "too dark" for kids - in your role as producer, how did you help keep things tonally consistent with the original vision, neither swaying towards saccharine or going too dark for Disney's comfort?

In some ways the producer is always the voice of reason - I think of myself as having to have a picture sense, to be able to say "Ok, guys, we're going too far in this direction", or if it's not organic to the film.

Tonally speaking, I knew what Tim wanted the tone of the film to be. It was about making sure all the elements checked those boxes, because it was really was a fine line. There are monsters marauding through town at the end of the film, and that's potentially a scary thing, but he has such fun with monsters, and he has such affection for them, that for me it's always about keeping everyone on the crew to maintain that sense of fun, that affection. There is a funny element of a turtle walking down the street and crushing a police car. We were trying to keep the humour in it to both match both what Tim had in his mind, and didn't out balance the heart and the humour of the first part of the movie.

It was a challenge because you had to not fall in love with the fun crazy stuff and really maintain the balance.

I found the ending of the film more satisfying than the short, with the clear indication of letting go. Was there pressure to push for a happier conclusion to the piece?

Everyone asks if the ending was something that we were encouraged to do with the studio. The short has a happy ending, the fact that Victor is able to let Sparky go at the end, to say goodbye, is why he earns the right to have him come back one more time. It was always part of the mythology of the story that the dog comes back one more time.

The movie is actually PG, and we were adamant that it be PG, so that you have the thrills and spills that kids love so much, because they love that feeling, but doesn't outweigh the heart and the poignant story that's being told.

The studio and Tim were pretty much in sync, I think tonally, in not making the film too soft.

He's got to earn it. I really think that he does. It's why a lot of people were like, "I cried twice!" You need to cry twice, so you really earned that euphoria you feel at the end. I couldn't see the movie ending any other way.

Your involvement with Burton goes back to NIGHTMARE BEFORE CHRISTMAS, how have you seen things change over the years from a production point of view?

Nothing is harder than it was on Nightmare, because then we had no idea what we were getting involved with, and it was just such a miracle every day.  It's still hard, the process hasn't really changed since Harryhausen, at the end of the day it's an animator going behind the curtain and moving a puppet one frame at a time and taking a picture 24 times a second, so that part of it really hasn't changed.

What has changed is now we work with digital cameras - they're lighter, smaller, you can do more complicated moves as you have motion control units that are much more sophisticated now, so you can have cinematography that's much closer to what we're used to in live action films.

You also have instant visualization - on Nightmare,  if a bulb blew out on back of a set, you wouldn't know until a week later when you finished the shot, and you'd have to start again from scratch. There were no video effect fixes, there were no rig removal, everything had to be done with fishing wire so you couldn't see it. There were constant trials and tribulations with that movie that we didn't have here.

While it's a different type of difficulty, it's still as difficult, it's just what you're fighting for is a little bit different.

Were there specific developments about this film you'd like to highlight?

The highlight in this movie is the puppet manufacturing. The things that they can do with the puppets now, the materials that they use, the silicon skin that we use. We used it on Corpse Bride, but we really perfected it on this. I was just in amazement to walk into the "puppet hospital" or up to Mackinnon & Saunders [ed. these guys] and see what those people can do in tiny miniature form, it just staggers the mind.

What's the greatest misunderstanding about your role as producer?

The thing about being producer that a lot of people don't know is that it's such a rich and creative job, because you really are the parent to everybody on that show. You are caring for them, nurturing them, creating an environment where everybody can do their best work, guiding them so that the ultimate goal of the director is met.

I just think that people should know it's the best job on the show!

I would be remiss if I didn't tell you how much both FANTASTIC MR. FOX and IRON GIANT meant to me, so thank you for helping bring those films to the screen as well!

Frankenweenie is available on 3D Blu-ray on January 8th, 2013