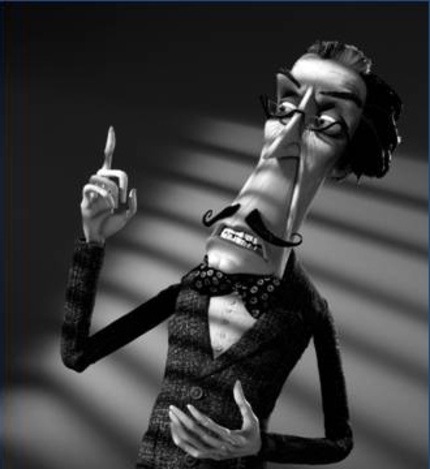 While the general enthusiasm surrounding a new Tim Burton film has noticeably waned from, say, a similar event 20 years ago, Frankenweenie is a project which still gets most of us here at ScreenAnarchy excited.

Why? Well, this time Tim Burton is working fully with his own designs, it is animated using the same style as The Nightmare Before Christmas and Corpse Bride, and it is based on his own stellar short. So while it will most definitely look like vintage Burton, in this case that will be a good thing.

Today, Disney released a new clip from it. Meet Dr. Ryzkroski, a teacher the likes of which we have all encountered at some point. He wants to tell you all a thing or two about electricity.

Frankenweenie is set to premiere during Fantastic Fest next week, and will rollout worldwide during October.
Tweet Post Submit