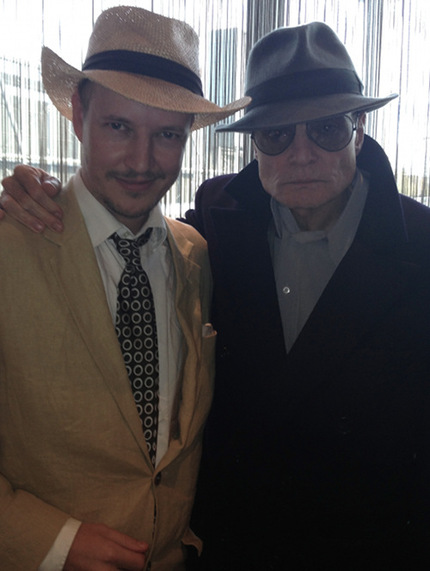 It's bigger. It's leggier. It's more disgusting than ever. And it's got its leading man back.

Tom Six's The Human Centipede 3 ran into a significant problem a while back when lead actor Dieter Laser - who plays Dr Heiter in the first two films - walked away from the production. It was an acrimonious affair, one that resulted in a legal battle resolved now with Laser and Six patching up their differences and Laser rejoining the film. But not, interestingly enough, as Dr Heiter. No, word is that while Laser and HC2 star Laurence R Harvey will play the leads of HC3 neither will reprise their roles from the previous films. And, if we're being honest, the five hundred person human centipede promised for this one is going to be the real star, no matter what.

Tom Six says: "I know my human centipede 3 will be very politically incorrect, but I didn't want to change anything in the script. I am very happy Dieter will follow my vision for a full 100% now and know he is absolutely the most brilliant actor I could wish for"

Dieter Laser says "I never ever would have thought that all our differences and misunderstandings would in the end lead to an even deeper and warmer understanding and appreciation of each other. In this regard I am actually thankful about the whole fuss because it turned out to be an advantage and a wonderful present for our film and for our friendship."

Both actor Dieter Laser as human centipede 2 lead actor Laurence R.Harvey will not return as characters Dr.Heiter and Martin but will play a new villain duo with a storyline no-one will expect. Also a big American celebrity will be attached to the film.

Production is scheduled to begin in May.

Do you feel this content is inappropriate or infringes upon your rights? Click here to report it, or see our DMCA policy.
cultdieter laserhorrorhuman centipedetom six