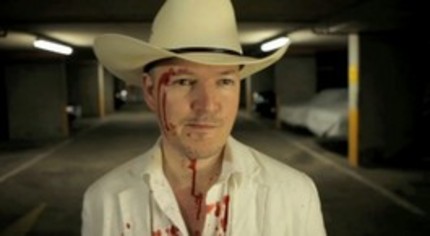 All is not well in the land of cult horror trilogy The Human Centipede. Much fanfare greeted the news that original star Dieter Laser would play a key role in the upcoming third installment of the series - an installment that was due to shoot very soon now but which has been delayed due to Laser refusing to honor his contract.

Because of the success of The Human Centipede, it seems that Mr Dieter Laser's ego has grown to laughably big proportions. First signing the contract and rating the THC3 script as fantastic ,and then demanding his own unacceptable script changes, and now refusing to play the part only seven weeks prior to shooting. Six Entertainment Company will start legal action against Dieter Laser. Tom Six says not to worry - principal photography will be postponed and will take place later this year.

Now, anyone who has ever seen this sort of press release before can tell you that this one is a little bit unusual. And given the general history of these films there exists a definite possibility that this is a publicity move rather than a legitimate event. But there you have it.