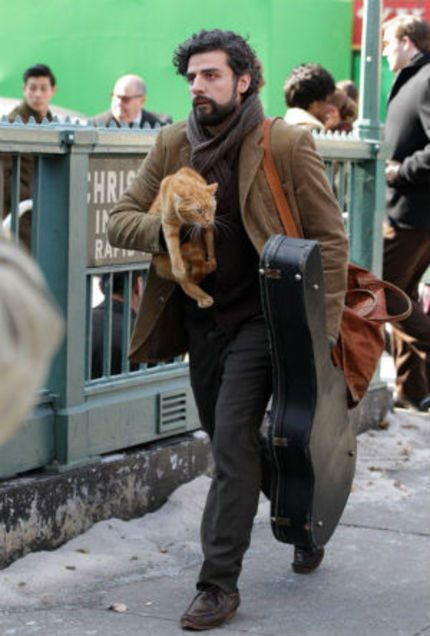 Oscar Isaac stars as a singer/songwriter in Inside Llewyn Davis, a wandering musician who ends up in the burgeoning New York City folk scene in the early 1960s.

Written and directed by Joel and Ethan Coen, the tale is supposedly inspired by Dave Van Ronk's memoir The Mayor of MacDougal Street. Carey Mulligan, Garrett Hedlund, John Goodman, F. Murray Abraham, and Justin Timberlake also star. Distribution plans have not been set yet, but a private screening has been advertised for February 9.

The first trailer is remarkably good, establishing a suggestive mood for an era that now seems so very far away.