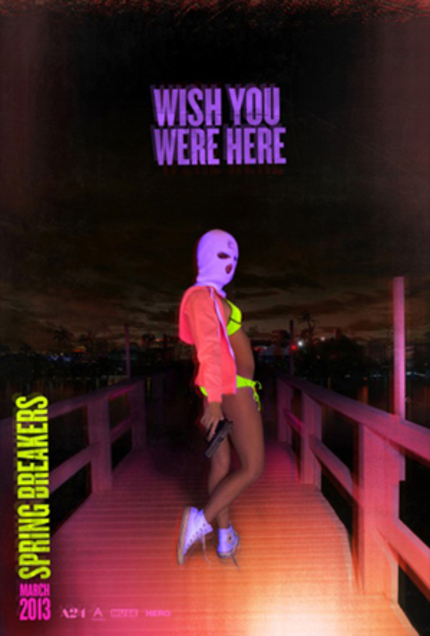 Teenage girls in tiny bikinis jostle for screen time with James Franco in cornrows in the first trailer for Harmony Korine's Spring Breakers, which is due out in the U.S. on March 22.

Vanessa Hudgens, Selena Gomez, Ashley Benson, and Rachel Korine also star in the film, which follows four friends who steal a car and rob a diner so they can escape to Florida for spring break. Franco plays a drug kingpin who befriends them.

Our own Ryland Aldrich was seduced by Spring Breakers:


In lesser hands, this could have ended up a drab morality tale or a wacky mess. Instead we have a raw and randy, yet also rather mature (in more ways than one) piece of cinema that's probably unlike anything you've seen before.

The film will have its U.S. Premiere at SXSW before opening theatrically. You can watch the U.S. trailer -- and/or the version with French subtitles -- below.