There has a been a real abundance of great TV in 2012, perhaps even more so than in other recent years. Here are some of the performers and shows that I believe are deserving of appreciation this year.

Best drama: Breaking Bad
Somehow able to remain the drama to beat in its final season, it's difficult to think of another series more engaging than Breaking Bad. Walter White's descent into darkness continues to be the most compelling story on television.

There's nothing else quite like it. Louie is able to explore issues that most shows wouldn't dare touch and its episodes are incredibly well structured narratively. Oh, and it's also completely hilarious.

It may be that I'm still finding it hard to believe that this man doesn't have an Emmy yet, but Hamm's performance in the fifth season of Mad Men is deserving of high praise. The award-winning actor gives a remarkable performance in every episode and I still feel like he's under-appreciated.

There really isn't anybody else more deserving. Not many actresses are provided with characters as well written as Carrie Mathison and Danes sets a high standard of acting within an impressive cast. You only need watch episodes like 'The Smile' or 'Q&A' to see the versatility and emotive power of Homeland's star. 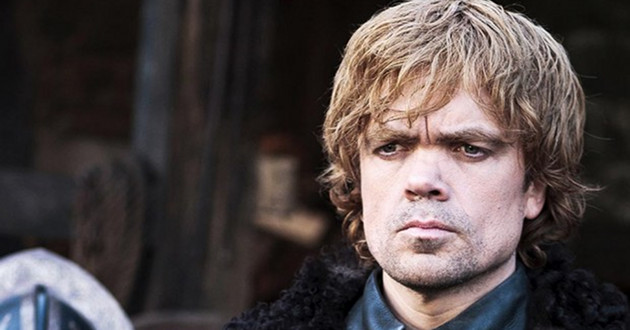 The cast of Game of Thrones is so large and talented that to be the standout actor is really something. Dinklage's performance is truly marvellous. Tyrion Lannister is a character with a large amount of both comedic and dramatic material, and Dinklage makes every moment of it work effectively.

This may be an unusual choice. However, while many names came to mind vying for best actress, when I thought about supporting actresses the performance I remember most vividly is that of Williams as Arya Stark. She perfectly embodies a complex character and gives a lively portrayal that doesn't hide how damaged Arya is. A great performance.

He may not see himself as a great actor, but he keeps providing evidence to the contrary. CK's performance on Louie isn't as simple as just being himself, he works hard to fill his character with honesty and humour. Explaining why he's so good isn't easy, but fans of the show will know what I'm talking about.

Poehler is clearly one of the greatest comedic actresses working on television right now. She's able to do so much and she's incredibly charismatic. Her performance on Parks and Recreation is critically acclaimed with good reason, she's able to keep the ever-optimistic Leslie Knope realistic and provides much of the show's warmth and emotion.

There are a lot of other great comedic supporting actors at the moment, and Donald Glover's Troy Barnes stands out among them. This was really Troy's year on Community as he's central to Season 3. Glover sells every outrageously funny gag and deeply felt emotional moment fantastically.

Yes, I'm going with another pick from Parks. Considering episodes from both the fourth and fifth seasons of the show, it has been a great 2012 for Plaza. Her character has gone through significant development, and she still retains her brilliant trademark sarcasm.

Choosing Arrow as the year's best new drama is something that even I am surprised I'm doing, but it's a show that knows what it wants to deliver and does it with style. It's not perfect, but there's room to grow and it's already highly entertaining.

The first season of Girls is about as strong a debut season as I have seen. From the start, the show's tone has been original and confident. It's different from so many other comedies and every episode leaves me wanting to watch another.

Most improved show: The Walking Dead

After a dodgy and inconsistent second season, The Walking Dead has become exciting and unpredictable. It's not without problems but it has learnt the value of suspense and quicker pacing. It's really hard to tell where it'll go next year and that's absolutely a good thing.
Tweet Post Submit