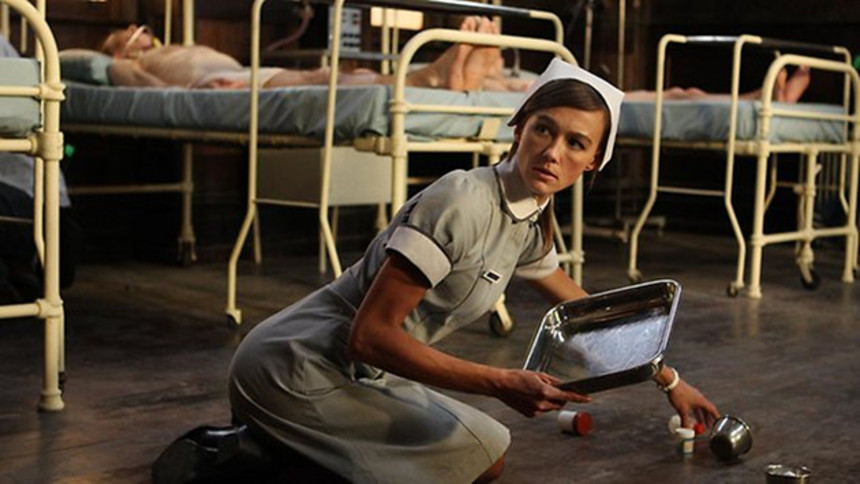 He may not be able to move but that doesn't mean Patrick isn't dangerous.

Mark Hartley's remake of Richard Franklin's 1978 cult favorite Patrick is now underway with Sharni Vinson, Rachel Griffiths and Charles Dance starring. Vinson plays Kathy, a young nurse charged with caring for a coma patient named Patrick, one who proves to have both psychokinetic powers and an unhealthy interest in his attractive new nurse.

The first proper still from the film has arrived via Australia's Herald Sun and that's it up above, featuring Vinson presumably cleaning up after one of Patrick's outbursts. Watch for more on this one as production proceeds.