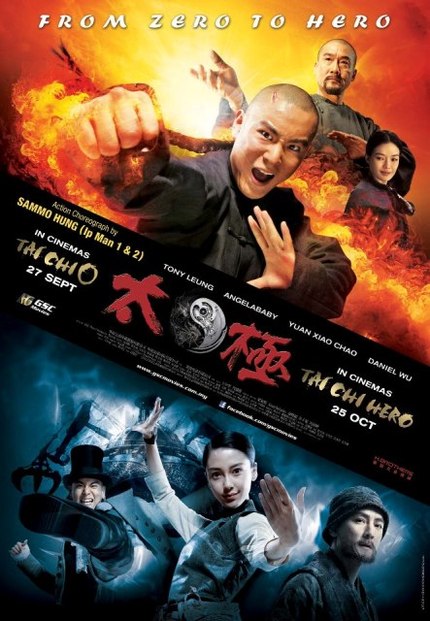 Stephen Fung's Tai Chi Zero was a blast of pure entertainment when it screened at the Toronto International Film Festival, a glossy martial arts picture with tongue planted firmly in cheek that goes all out to simply entertain. Which it absolutely does.

But for all its charms Tai Chi Zero also poses a problem for audiences in that it is literally half a film. Released in its native China in late September it tells only half of a story with the second half due to arrive on screens a month later with the Chinese theatrical release of the follow up - Tai Chi Hero - on October 25th.

Tai Chi Zero audiences were treated to a trailer for the second part which plays over the credit roll for the first film and now that trailer has arrived online. Things are looking good for our young hero - he's learning martial arts and is gonna get laid - but bad for the village. Sure, they stop the steampunk tank in part one but that just means reinforcements are on their way, reinforcements led by the villainous Peter Stormare.

Do you feel this content is inappropriate or infringes upon your rights? Click here to report it, or see our DMCA policy.
Stephen FungChia-lu ChangKuo-fu ChenHsiao-tse ChengXiaochao YuanQi ShuTony Ka Fai LeungAngelababyActionAdventure