NYFF 2012 Review: CASTING BY Is A Heartfelt Plea To Bring Casting Directors The Recognition They Deserve 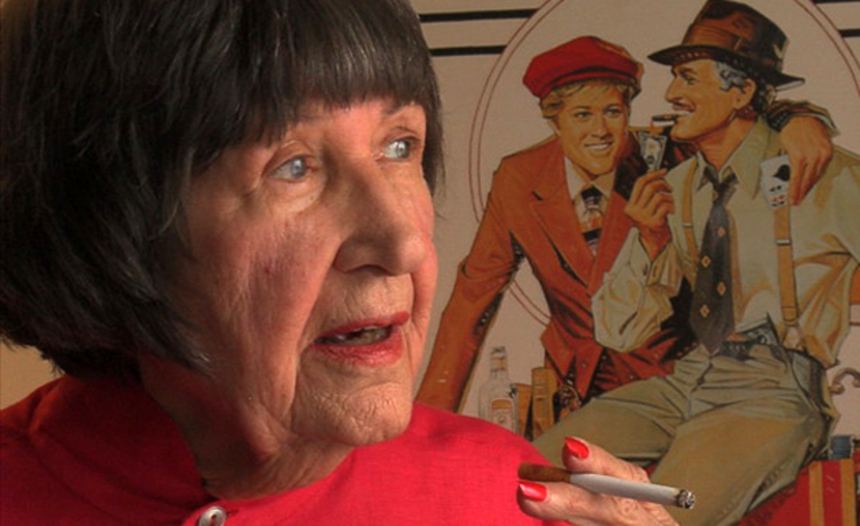 Casting By is a heartfelt plea to bring casting directors the recognition they so rightfully deserve. It is also a slice of Hollywood Pie full of big name interviews, amusing anecdotes, and little-seen footage that will leave film lovers' mouths watering.

But all of that is just the flaky crust encasing Tom Donahue's well researched doc. The warm, gooey filling is Marion Dougherty, the main focus of the film, and the woman who almost single-handedly made the role of the casting director what it is today.

In the old days a casting director would typically work for one of the studios, choosing from a database of contract players to fit a certain type: the loving father, the tough guy, the copper, the crook, the dame, the tramp, the damsel in distress. It wasn't a very creative job. At least in film. In television, there was a little more freedom, and this is something a young Dougherty took advantage of while working on shows like Kraft Television Theater and Naked City.

Dougherty didn't believe in casting by type. She would scour the New York theater scene for fresh faces; actors who could inhabit characters. She would champion actors no one wanted to take a chance on. If she thought someone was right for a part, they were right for the part. She discovered a lot of famous actors this way, many of whom she gave their first break, people like James Dean, Jon Voight, Robert Duvall, Christopher Walken, Dustin Hoffman, Al Pacino, Clint Eastwood, Bette Midler, and Gene Hackman. Casting By features interviews with most of these actors, as well as long forgotten clips of their first time appearances on camera. In some, it is obvious the actor was destined for stardom. In others ... let's just say they were lucky Dougherty believed in them.

Jon Voight, for example. He tells the story of being cast in Naked City and how horrible his performance was. Casting By has the footage to back him up, and it had the audience barking like seals. He was sure he'd never work again, yet Dougherty championed him years later for the role of Joe Buck in Midnight Cowboy, for which he was nominated for an Oscar. Voight's account is hysterical and touching, and both he and the audience went from laughter to tears in the span of 30 seconds. Casting By is filled with great moments like this.

Dougherty moved on to film, and then to LA, where she served as the head of casting for Paramount and then Warner Bros. In her career, she cast such notable films as Lenny, The World According To Garp, Butch Cassidy and the Sundance Kid, The Killing Fields, Lethal Weapon, and Batman. But despite being a well-respected vet, eventually the industry obsessed with youth pushed her out. In 1991, an impressive group of actors, directors, and producers campaigned to get her a lifetime achievement Oscar, but they were denied. To this day, Casting Director is the only main title credit that doesn't have an Oscar category.

And that's really what Casting By is about: how the role of the casting director has been undervalued. And everyone from Martin Scorsese to Robert Redford to Clint Eastwood to Oliver Stone to Al Pacino to Terry Semel to Woody Allen agree it's time for a change. Everyone except for director and DGA president Taylor Hackford, that is. He is the only dissenting voice presented and frankly, he comes off as a pompous jerk.

Casting By is like crack for film lovers, documentary watchers, and industry buffs. Earlier I likened it to a pie, so I guess that makes it crack pie. Watch it with someone you love who loves film as much as you and wash it down with a tall, frosty glass of post-film discussion.

Casting By screens Friday October 12th at the NYFF.