Kickstart This! Zombified DOC OF THE DEAD Shambles Towards Screens 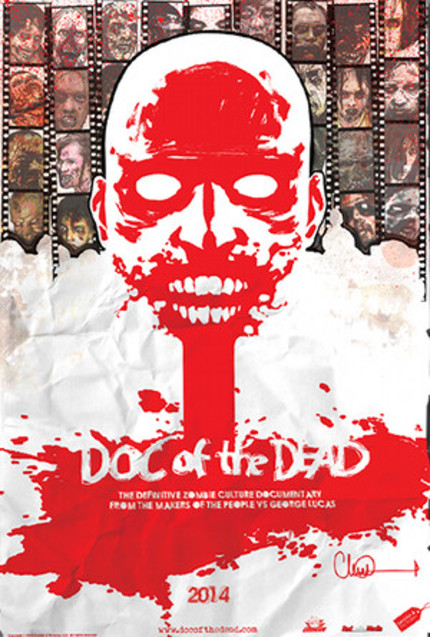 Director Alexandre O. Philippe turned heads around the world with cult favorite documentary The People Versus George Lucas a couple years back and he's looking for your help with his current project. What's cooking? Well, Philippe aims to create the definitive treatment of zombie culture with Doc Of The Dead and while he is very much staying within the cult niche established with The People Versus George Lucas this time Philippe and his team want to do something a little different. They want to cut out conventional distribution altogether and deal directly with you, the fans.

Here's how it goes. With a handful of key interviews already in hand - George A Romero, Simon Pegg and Toronto Zombie Walk founder Thea Munster among them - and a slew of others already lined up - Max Brooks, Greg Nicotero (Executive Producer, AMC's The Walking Dead), Charlie Adlard (Artist, The Walking Dead), Mick Garris (Stephen King's The Shining, Bag of Bones), Steve Barton (Dread Central), Alan Jones (Frightfest) - and a stack of others on the target list, Philippe and his Exhibit A team have taken to Kickstarter to directly finance the rest of the project.

But they're not just asking you to take it on their word that they'll be able to deliver something quality. Nope. They've already cut a trailer together using the footage already in the can and it's fantastic. You can check that out below and then support the project on Kickstarter here. You can guarantee yourself a copy of the finished film in the process.

Do you feel this content is inappropriate or infringes upon your rights? Click here to report it, or see our DMCA policy.
Alexandre O. PhilippeChad HerschbergerKyle William BishopCharlie AdlardJoanna AngelSteven BartonDocumentary

More about Doc Of The Dead