Weinberg Reviews PUSHER, a Remake That Respects the Original 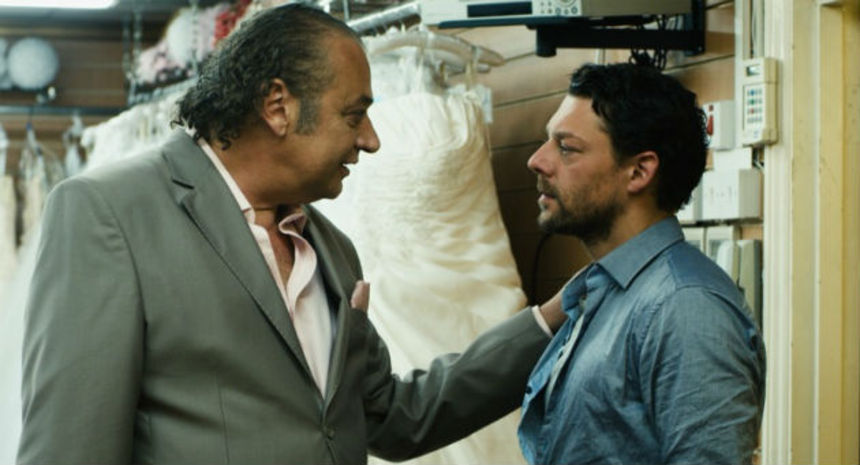 The easy way to approach an English-language remake of a (relatively) recent film is with ample doses of frustration and disdain. "How dare they remake a great film like [REC] / Let the Right One In / The Girl with the Dragon Tattoo just so they can do it with English dialogue!" is the sort of thing that movie buffs like to wonder, but the flip-side to that argument is a simple one: a remake is a very big compliment, most of the time, and those who try to produce a remake of a well-admired movie better have a few good reasons when all is said and done.

Our instantly compelling anti-hero is a drug dealer called Frank, who seems to be a pretty amiable fella, all illicit activities considered, but when a pair of big deals go sour at the exact same time, that's when the trouble starts. Things get worse in very short order as Frank realizes that his trusted allies are either fools or crooks, which means that his nice-guy demeanor is bound to crack soon. As Frank bounces from angry mobster to sleazy colleague to crooked customer, absolutely everything goes wrong. The seemingly endless pile-up of screw-ups is compounded by the fact that Frank insists on being one of the most honest guys in a landscape filled with non-stop scumbags.

It's the duality of the character, not to mention the sterling performance by Richard Coyle, that makes Frank such a compelling protagonist. Pusher is essentially the story of one poor guy's horrible week at work, only in most professions, a few screw-ups won't earn you a broken kneecap or a death sentence. Much like in Nicolas Winding Refn's original Pusher, the non-stop barrage of bad luck provides an interesting entry point for the story, but it's Frank's sometimes magical ability to stay one step ahead of a bullet that makes both films so smoothly entertaining. Another great asset arrives in the form of Croatian actor Zlatko Buric, who reprises his gangster role from the original film, and gives Frank an adversary who is funny, multi-faceted, and effortlessly dangerous.

Suffice to say that there's a lot to like about this English-language remake of a 1996 Danish crime thriller, even if it is precisely the sort of re-visit that movie fans love to wring their hands over. We can leave the "which is better: the fresh original or the streamlined remake?" argument for the social media discussions, but it seems that director Luis Prieto and screenwriter Matthew Read have managed to respect the first film while forging something darkly and craftily entertaining in its own right. Clocking in at a smooth 90 minutes, and boasting more jittery energy than one movie needs, the "new" Pusher is a fast-paced, slam-bang-ish, and tightly-coiled neo-noir that is just good enough to make movie fans want to seek out the original Pusher -- and perhaps its two sequels.

Review originally published in connection with Fantastic Fest 2012. Pusher is now available to watch via various Video On Demand platforms. The film opens on Friday, October 26 in selected cities throughout the U.S. Check local listings for theaters and showtimes.