"I'm Just A Man Hiding In The Corner With A Camera": Here's The Trailer For HITCHCOCK 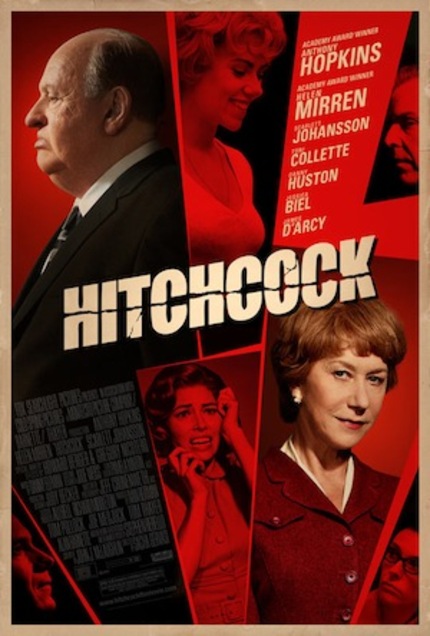 In the works for quite some time, Hitchcock is director Sasha Gervasi's behind the scenes chronicle of seminal Hollywood horror flick Psycho. Our first real good look at what we can expect from the film comes to us today in the form of a trailer. Droll, a bit tongue-in-cheek with plenty of old guard studio glitz, the trailer rightfully focuses on Anthony Hopkins, who appears to be having a ball wielding the understated wit of the Master of Suspense himself. Check it out below.

Also starring Helen Mirren as Hitch's wife Alma, and Scarlett Johansson as Janet Leigh, Hitchcock is set for limited release in the U.S. on November 23rd, and expands to European markets in early 2013.
Tweet Post Submit