Joss Whedon, THE AVENGERS 2, and You 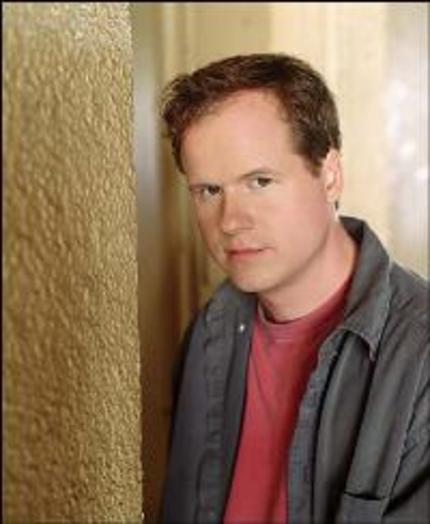 You made it happen! With more than $1.4 BILLION in box office receipts for the first installment, it was a foregone conclusion that Disney and Marvel would make The Avengers 2; the question became, would Joss Whedon return to write and direct the sequel?

That question has been answered. And, perhaps appropriately, the deal was announced during a conference call with Disney investors on Tuesday. As initially reported by Slashfilm, Disney confirmed that Whedon has been signed to write and direct The Avengers 2; he will also be working on a live-action Marvel television series for U.S. broadcast network ABC.

Later, Marvel Studios added that Whedon has actually been signed with them to an exclusive deal for three years, which means "he will also contribute creatively to the next phase of Marvel's cinematic universe," according to a statement passed along by Los Angeles Times.

Having previously been involved in other superhero-to-screen adaptations that didn't work out to his satisfaction (X-Men, Wonder Woman), Whendon is well-versed in the Marvel universe, and the contract now allows him to exercise a degree of creative influence in the upcoming films that will be leading up to The Avengers 2. That includes Thor: The Dark World, Captain America: The Winter Soldier, Edgar Wright's Ant-Man, and, most notably, the team-up flick Guardians of the Galaxy, due out in summer 2014. (Iron Man 3 is already filming with Shane Black at the helm, so that ship has sailed.)

Generally speaking, The Avengers met with critical approval, though we've certainly been divided in our views of the film. (I'm in the "fine, good for what it is, but not over the moon" camp.) If Whedon is able to push the characters and the universe in a direction that's more to his liking, that could obviously be a very good thing, but the balance between action, comedy, and character is very difficult to maintain for such high-dollar projects.

(As a side point, will Marvel allow Whedon to make any labors of love like Much Ado About Nothing, his Shakespeare adaptation that will be playing at the upcoming Toronto International Film Festival. Not likely.)

Does this news make you sigh with relief or cause you to shake your head at our preoccupation with superheroes?