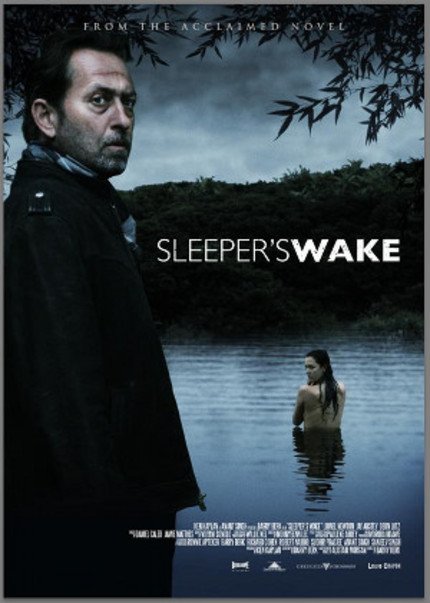 Adapted from an acclaimed novel, Barry Berk's Sleeper's Wake presents something international audiences are not at all used to seeing come out of Africa: A dark, slickly shot psycho sexual thriller that promises to stand with the best of them.

John Wraith (46) regains consciousness in hospital. His mind awash with drugs and amnesia. A huge centipede of a scar spread across his forehead. From a motorcar accident in which his wife and daughter died. Because he fell asleep at the wheel.

To heal and find solace he goes to Nature's Cove, a wild, unspoilt coastal settlement in South Africa, where most of the holiday homes are boarded up and eerily empty over the winter months.  It is there that John comes across a 17 year-old girl, Jackie, weeping softly in a boat outside a chalet. He endeavours to help her but she turns on him, blackmailing him, wanting money or she'll tell everyone that he tried to rape her. That night the young girl's father, Roelf, comes to apologise for his daughter's behaviour. He tells John that Jackie's been struggling since her mother was murdered in front of her during a vicious robbery at their home.

Despite Jackie's father's watchful eye and the ominous presence of Dirk, a gun-toting security guard who wants Jackie to marry him, John and Jackie are drawn inexorably toward one another; he the middle-aged grieving widow, she the Lolita, wise beyond her years, united in their grief and guilt for the death of a loved one.

About to premiere at the Durban International Film Festival in South Africa it seems just a matter of time before this starts popping up elsewhere as well. Check the trailer below.

Do you feel this content is inappropriate or infringes upon your rights? Click here to report it, or see our DMCA policy.
Barry BerkLionel NewtonDeon LotzJay AnsteyLuke TylerThriller

"A dark, slickly shot psycho sexual thriller that promises to stand with the best of them."

I agree with you Mr Brown.....looks very good, thanks.