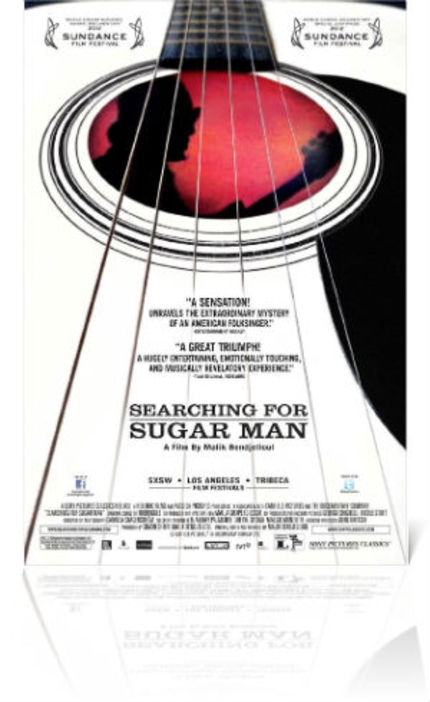 [With the film opening today in the UK and tomorrow in the US, we revisit our review from SXSW.]

Better late than never seems to be the recurring theme of Searching for Sugar Man, which follows the rise and stagnation of Rodriguez. After releasing his debut album, Cold Fact, in 1970, the folk rock singer-songwriter quickly faded into obscurity, despite receiving critical acclaim and commercial success abroad. Beautiful, evocative, and compelling in its own right, the film's greatest achievement is the well-deserved recognition it has bestowed upon its ever-humble subject.

In South Africa, as the anti-apartheid movement swelled, members of the counterculture and burgeoning music scene (two subcultures that always seem intertwined) quickly picked up the Detroit songsmith's album as a collection of unofficial anthems. As numerous musicians, record-store owners, activists, and fans recall, Cold Fact spoke to many members of the South African youth. However, little was known about the enigmatic Rodriguez, which more than likely fed the many legends surrounding his character. Malik Bendjelloul initiated the project to set the record straight, and the results are simultaneously heartbreaking and life-affirming.

I'm hesitant to reveal much about the content of Searching for Sugar Man, as the full impact of the film lies in the channeling of the experience of the director, Rodriguez's fans, and what they discover. That being said, anybody who considers themselves a proponent of the arts should also consider viewing this film a requirement, as it is not only a tight, well-oiled machine of a documentary, but a celebration of the true, transformative power of music. This is the story of a man who, due perhaps to bad timing, unusual circumstances, and just plain bad luck, spent the better part of his life in near-poverty as a manual laborer, despite possessing an amazing talent, and having the wherewithal to turn that talent into action. It was only through sheer passion and dedication from multiple parties that Rodriguez is now receiving the recognition that he has deserved for so many years. 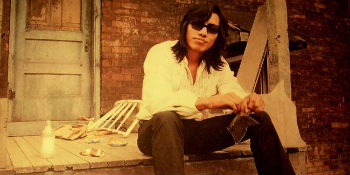 Bendjelloul is no slouch when it comes to craft either: Searching for Sugar Man's presentation is as beautiful as its content, with crisp, clean production value and an editing team that may have had the hardest job on the planet. How to cull such a fascinating story, and one that nobody, save for the most hardcore of hardcore music fans, has ever heard before? It's a wonder, and a testament to the effectiveness of the film that by the closing credits, the viewer is not only informed, but inflamed with passion for a man that they probably never knew existed prior to taking a seat in the auditorium.

I would encourage anyone to purchase Rodriguez' two albums, which are now available for download on iTunes (due, I'm certain, in no small part to the publicity raised by this film), but if at all possible, wait until you have a chance to see Searching for Sugar Man yourself. In the context the musician's untold story, the songs come to life in a way that is afforded to very few works of art. By the end of the film, you will not only be filled with the joy of an uplifting and fascinating and true story, but the knowledge that when you get home, you have an entire catalogue of new music to get through.

Searching for Sugar Man received a standing ovation at the SXSW screening I attended, but sadly, the theatre was less than halfway full. I can only hope that as the film rolls out to more theaters around the country, it will continue to make waves and instill in each viewer its resounding message of perseverance, love, and undying hope.

Searching for Sugar Man opens today in the UK. Check the official Facebook page for cinema listings. It opens tomorrow in New York and Los Angeles, then expands in limited release across the U.S. in the following weeks. Check the official site for U.S. theaters and showtimes. It opens in Toronto on August 10.