Interview: Benh Zeitlin, Director of BEASTS OF THE SOUTHERN WILD 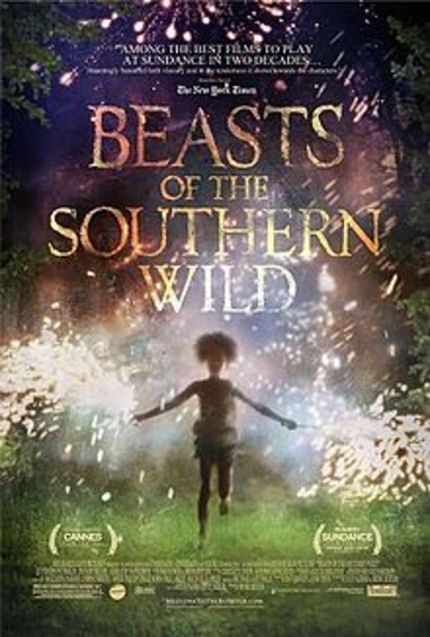 Beasts of the Southern Wild left a huge impression on me. I don't go out of my way to see films that dabble in magical realism. My own struggles with depression make me somewhat leery of the sort of manufactured sentiment such tales seem so often to trade in. Yet I have always loved the tales of Ray Bradbury and this film seems to conjure the very essence of the magical way that late, great fantasist sorted through the highs and lows of the human condition. A chance to talk to the director was a marvelous opportunity that did not disappoint. Everyone involved in this project appears to have been touched by it in ways that seem just as transcendent as the film itself. The film goes into wide US release starting July 13.

When I look at the list of producers for this film I find myself wondering with a smile how on earth you explained the project to anyone.

Benh Zeitlin: We couldn't really explain it at all. It required being in a bar to even begin. That's what finally got the film financed. Meeting in my bar in New Orleans and staying up until about 2 am as I went over and over about how the film was going to feel to the viewer. The main thing we ran up against was people wanting to know "Who is this for?" When you have a film with an emotional structure vs. a narrative structure that can be difficult.

The film is loosely based on a play called Juicy and Delicious by Lucy Alibar. How did you become aware of the source material.

BZ: Lucy is a friend. I saw the play, I think it was in a workshop situation. It wasn't a real run or anything. In fact the key moment it entered my head as a potential project was seeing a read thru in someone's apartment. But the film is based in a lot of ways on her collected works rather than just that one and it's very autobiographical. Her original story was different in a lot of ways. It was landlocked, set in Georgia. There was no storm and of course in her original piece the main character was a little boy.  I ended up combining elements of her piece, especially the emotional sense of it with a story I was working on that';s when I knew we had something unique.

There's a very DIY sense about the film, a sense of communality that almost invites the viewer to look beyond the frame and see people working behind the scenes.

BZ: Everything in the film wound up being a massive collaboration. I think, beside the visual aesthetic, that may be what you're seeing or feeling there. I feel when it I watch the film. It's really a bunch of people reaching for common ground, which, in this case, is the inward story of this little girl and her community in a time of crisis. The audition process was really arduous. We spent hours and hours interviewing people because we wanted there performance to proceed out of their lives even though they weren't playing themselves in any sense.

Going through the beats of each scene with our cast gave me the chance to constantly tweak the writing. It was super organic. The storm scene is a great example. I could say to Dwight, who plays the dad, "Here's what I think your character would say or do." Well Dwight has a little girl, and he was able to say, "I think I'd be more concerned about this or that." It was especially helpful for the non-actors. Then when we would get the action down I'd come back and have the actors help me to rewrite the lines according to their own voice. In a sense the only time the writing was done was after the scene had been filmed.

The movie takes place in an environment that most people would label as abject poverty. Were you aware of plugging into any particular zeitgeist as to politics, or social awareness or activism?

BZ: Obviously  on some level, on some very real level, these characters do experience poverty. But the film, their story,  think, is far more centered on the idea of living free from the burden of possessions. Phrases like living off the grid or DIY living come to mind. One of the things we establish early on is that anybody in the Bathtub [the fictional swamp community where the characters live] could move out into the community beyond the levee and get a job. But they don't want to. In fact they live in a sort of decadence. They're connected to the land and each other and there are always these celebrations between people. They feast on seafood and all they need is all around them all the time. In fact there's very little sense of oppression that one normally associates with poverty.

Too, I think people automatically think poverty when they encounter trailers, and homes on these rickety looking stilts. In Louisiana, this is normal. In fact i would go so far as to say that the film is only read that way inside of America and maybe outside Louisiana. Outside of America there has been a very different perception of the Bathtub.

The characters are empowered by their relationship to one another and the bathtub rather than by escape from it or even from suffering.

BZ: Well, and they are fearless. Not only do they tackle the world with few possessions but they are utterly fierce in their devotion to home and family. When they are forced to leave the bathtub, even more so. The world outside the bathtub, which sort of prides itself on reaching out to help, is what they ultimately need to escape from to find each other again. That world is sterile, and sort of numbing, especially in relation to where they call home.

What qualities did you look for in casting Hushpuppy?

BZ: We needed a little warrior. Originally the character was written as this talkative aggressive little girl who constantly expressed her fierceness but when we met Quvenzhané we discovered that she had this quiet but very strong wisdom that made her almost ageless. Ultimately it toned the character of Hushpuppy down, and turned it into something that was deeper, more symbolic of what would bring her thru the crisis and back home. I think she's almost a Joan of Arc figure.

How did you arrive at the look for the film?  It embraces a sort of magical realism but is clearly rooted in the environment of the swamp.

BZ: For the camerawork we watched a lot of documentary. We looked for ways to elevate things every chance we got. There is no bathtub per se. Like everywhere else in the film Bathtub is the end result of a lot of synthesis. We weren't afraid to shape reality but we tried to stick with the real as much as humanly possible. It was scary to think that the movie could wind up, visually, sort of tuck in the regional politics of it's locations. We needed a folkloric atmosphere for these real life people to inhabit and go on this grand adventure. We didn't want the movie to be about Katrina, or the oil spill etc.

Would you make a film under these sorts of conditions again?

BZ: You know, it's funny. Our approach was always that we had to approach the making of the movie with the same sensibility that the characters approached their story. So in a sense it was reckless, and chaotic, and uncomfortable sometimes. There were actually people from the crew and whatnot, living on the sets in the film. But that never felt anything other than right.  There were a lot of things we didn't get thru that approach but then again, the film needed a sort of chunky undone quality to it. It wasn't exactly the sort of project you delicately bring a paintbrush to. In the end I think whatever we achieved result was based on the constant surprise of the environment, and each other. I think filmmaking should always be like that.