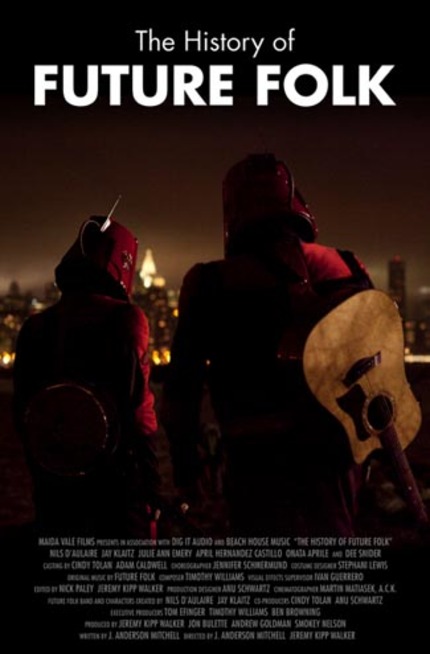 It's part sci-fi action indie, part musical comedy concert doc; it's Jeremy Kipp Walker and J. Anderson Mitchell's THE HISTORY OF FUTURE FOLK and ScreenAnarchy has got the exclusive debut of the clip "Space Worms" and the film's poster, right there on left and just down below!

We've got a full review from last night LA Film Fest world premiere and an interview with the filmmakers coming down the pipe. But for now, watch General Trius and Kevin make their onstage debut as a teaser of more good things to come. Hondo!