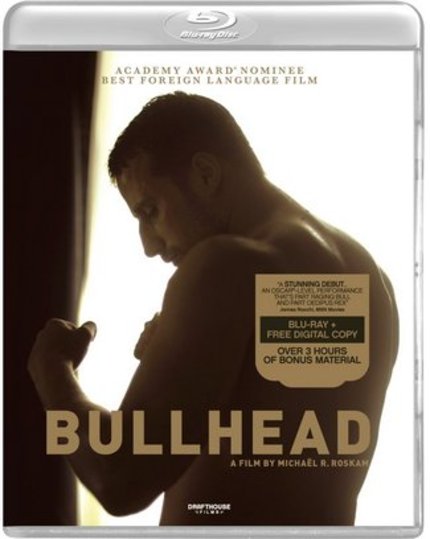 The first time I saw Bullhead was at Fantastic Fest last fall. I read the synopsis and wasn't particularly enthralled, but enough of my colleagues ensured me that it was worthwhile for me to clear a space on my very tight schedule for this strange sounding Belgian import. I will admit that when I stepped out of the cinema that first time, I thought to myself, "Is that all?" However, having now rewatched it without the massive crushing exhaustion that comes from 12 hours of movies per day coupled with practically no sleep in between, I see the magic in Michael Roskam's debut feature and Oscar nominee.
Bullhead is a film that we at ScreenAnarchy have championed ever since Our Fearless Leader, Mr. Brown, saw the film at Fantasia last summer:

Set in the shadowy underworld of agricultural and illegal hormone trading, Bullhead introduces a significant new talent in Belgian writer-director Michael Roskam. It is a morally complex, constantly surprising picture, one that constantly changes shapes just as you think you've got it figured out, one that nimbly treads the line between arthouse drama and gripping thriller to create something quite unique. And while it could arguably stand to be slightly more focused than it is Bullhead is a movie that will not be easily forgotten.

Then, in an eerily serendipitous move, Our Man in Hong Kong, James Marsh, saw the film in Pusan and posted a second review on the same day, on the other side of the world exactly 30 minutes later:

With a deftness that seems at once effortless and painstakingly conceived, Roskam's script reflects a very personal deception within a much grander charade that defines an entire industry and affects an entire nation. It is the story of a personal tragedy enveloped within a national crisis, a story that feels both universal and deeply personal. Bullhead wrong-foots its audience in the most exciting and assured ways, defying viewers' expectations as adeptly as Denis Villeneuve's devastating Incendies, and likewise is a film that deserves to be approached cold, hence the vague nature of this review. The resulting film, however, is a strong, confident and assured thriller about lies and deception that is both deeply vulnerable and achingly fragile

It was only with this latest screening of the film that I finally saw what they did in Bullhead, and I must say, it blew my fucking mind. There are two heroes of the film, the first is the co-writer/director, Michael Roskam, and the second is the fearless and powerful Matthias Schoenaerts. The director took what seems on paper to be a rather unthrilling concept and turns it into a fascinating, sprawling, and emotionally riveting story of personal pain. The actor, on the other hand, physically transforms into a hulking beast of a man with a fragility that is painful to watch. The combination is devastating, and Bullhead puts the viewer through the wringer in terms of our ability to relate to these seriously flawed, painfully human characters.

Everything about Bullhead works, from the fantastic performances to the jaw-dropping visuals and the heart wrenching background score. I kind of feel bad for Michael Roskam, because he's now got a lot to live up to, though I imagine he'll take it in stride. I was introduced to him at Fantastic Fest briefly, and he is the most down to Earth guy you could hope to meet, let's hope he can work a miracle and bring us something somewhere near this potential classic. Absolutely fantastic. 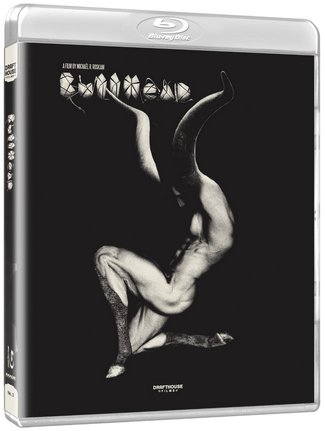 Drafthouse Films' second Blu-ray release is even better than the first. Whereas The FP was subject to the limitations of it's hardware, Bullhead was shot on film, and captures some absolutely gorgeous images that are reproduced perfectly on this disc. The film uses high contrast lighting and shadows extensively in service of its tone, and I found the shadow detail to be more than adequate. Very solid stuff. Similarly, the audio is quite excellent, there isn't a whole lot of action, but the score spreads out beautifully and the few brief active sequences use the sound field nicely. Again, great stuff.

Bullhead on Blu-ray is supported by a great collection of bonus material. Some of it appears to be ported over from the foreign releases and some created new for this disc. The making of featurette (~20 minutes) is the centerpiece of the video extras and presents an interesting look behind the scenes at the production, though not a whole lot of information as to the film's background. Luckily, Drafthouse commissioned an interview with Micahel Roskam that clears up a lot of the origin questions and spreads out nicely through different themes from the film. Additionally, there is an interview with star Matthias Schoenaerts, whose performance here is absolutely heart-breaking. He describes the physical and emotional state he had to enter to make this performance happen, and it's almost as traumatizing as the film itself!

Roskam also delivers an audio commentary which starts slow, but picks up speed as he gets his feet. He discusses many aspects of the production as well as clarifying some culturally specific jokes and references regarding the relationship between Flemish and French speaking Belgians. The last major extra is a 24 minute short film from Roskam starring an almost unrecognizable Shoenaerts called The One Thing To Do, which is an interesting piece and shows some early potential from Roskam.

This is a disc worth owning, and at the moment (June 24th) it's a steal at around $16 on Amazon. You want this.
Sign-In to Vote
Tweet 0 Submit

Order Bullhead on Blu-ray at Amazon