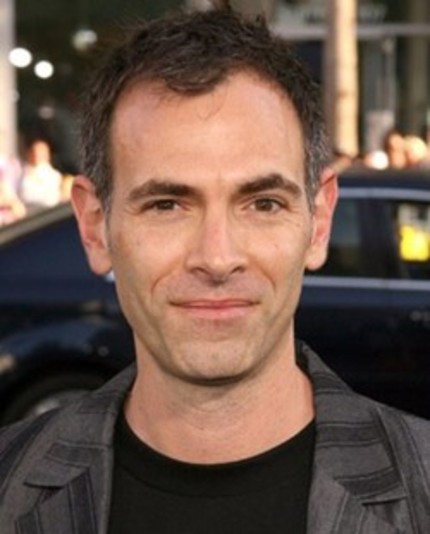 Science fiction fans eagerly awaiting the Vincenzo Natali directed adaptation of William Gibson's Neuromancer are going to have to wait a little bit longer. Because while the acclaimed director of Cube and Splice has just launched production of a new film in Toronto it is something completely different.

Haunter, directed by Vincenzo Natali from a screenplay written by Brian King  (Cypher, Night Train), is produced by Steven Hoban (Splice, Ryan, The Ginger Snaps trilogy), and co-produced by Mark Smith (388 Arletta Avenue, The Spine). Principal photography will run from April 16 until May 19, 2012 in Toronto and Brantford. Release is slated for 2013.

In this reverse ghost story, teenage Lisa (Breslin) and her family died in 1986 under sinister circumstances but remain trapped in their house, unable to move on. Lisa must reach out from beyond the grave to help her present-day, living counterpart, Olivia, avoid the same fate Lisa and her family suffered.

"HAUNTER vividly demonstrates that even ghosts have a lot to be afraid of. Brian King's script constructs a Borgian Labyrinth out of the most mundane settings and shows us how even in our everyday lives, we are spirits living in the material world," says Natali.

Haunter is distributed in Canada by Entertainment One and in the UK by STUDIOCANAL. US sales will be handled by CAA.

I'm assured that Neuromancer is indeed still in the works as well, it's just that it's big and expensive and the financing is still being assembled.