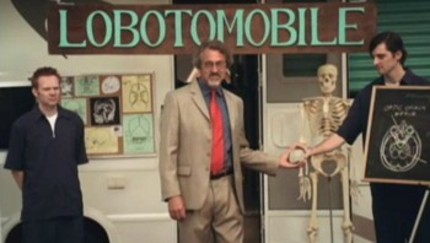 Acclaimed Canadian short film and music video director Sara St Onge - her video clients include Gentleman Reg and Final Fantasy - has launched production on her feature debut, a coming of age comedy titled Molly Maxwell. St Onge's previous two short films - Turkey and Lobotomobile - have both screened at the Toronto International Film Festival where both turned heads with their quietly absurd sense of humor, a sense of humor that should put her in good stead in the feature world. You can check both shorts below.

Toronto, April 12, 2012. - Canadian Film Centre (CFC) is pleased to announce that principal photography has commenced on MOLLY MAXWELL, the 19th feature film production developed and financed under CFC Features. Filming will run from April 13- May 6, 2012 in Toronto. Release is slated for 2013.

MOLLY MAXWELL is the story of a16-year-old Molly, who feels decidedly ordinary in her alternative school world of prodigies, talents, and unique individuals. With family and friends eagerly waiting to see how she distinguishes herself, she finds herself unable to commit to any path for fear she'll let the world down. When her young, handsome, slightly disillusioned English teacher enters the picture and relieves the pressure, Molly is suddenly able to flourish. But when their student-teacher bond becomes more intimate, Molly risks alienating everyone she loves on the road to figuring out just what makes her special.

"It's very exciting and rewarding to support such a strong group of creative voices, not to mention a true force and talent in director and writer, Sara St. Onge," said executive producer Justine Whyte, Director of CFC Features.

Sara St. Onge is a writer and director who was born in Canada, but spent her formative years in Seattle, Washington. She graduated from the Rhode Island School of Design in 2000 with a degree in photography, but never attended film school. Her first short film, The Funeral, had its world premiere at Sundance Film Festival in 2008, and has since played at festivals in North America and Europe. Her second short, Lobotomobile, premiered at the Toronto International Film Festival 2008 and her third short, Turkey, premiered at TIFF in 2010.

Do you feel this content is inappropriate or infringes upon your rights? Click here to report it, or see our DMCA policy.
Sara St. OngeLola TashCharlie CarrickKrista BridgesRob StewartDramaRomance