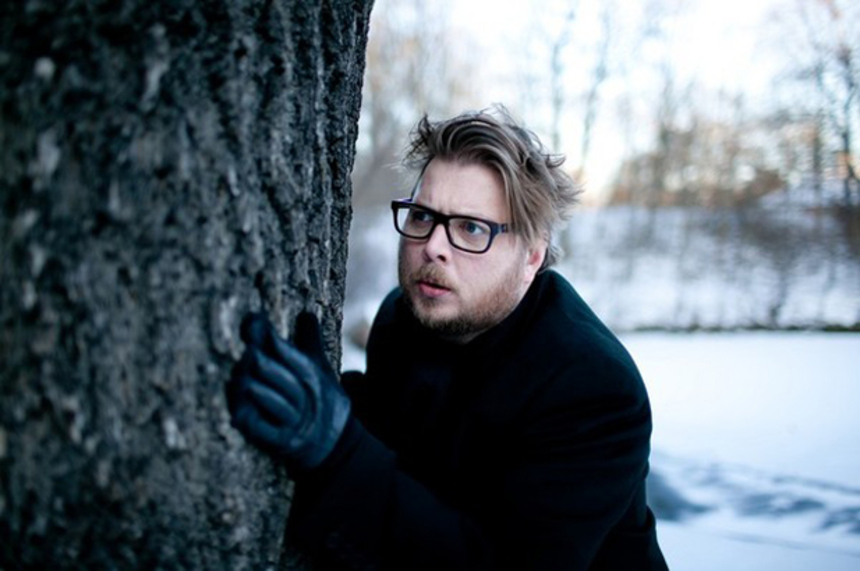 With BEAST making its U.S. Premiere tonight SXSW, we take this opportunity to look back at Shelagh's review from Sitges 2011.
Love can make anyone behave strangely. The chemicals that flood the brain when love arrives turn all our emotions into extremes: we want the one we love to the point of obsession. But some tip over that point into madness, such madness that can turn the affected person into an animal. Such is the case of Bruno in Christoffer Boe's new film Beast. Bruno is so in love with his wife Maxine, that love turns to destruction in a most surreal and insane manner.

When we first meet Bruno and Maxine, they are just beginning their life together. But in the next scene, we see that things have not turned out as hoped. Maxine does not love Bruno anymore, and has begun to have an affair. But Bruno's love has turned to a consumptive obsession. And that consumption is literal, for he desires to consume her bodily fluids to keep her inside him. As Bruno learns of Maxine's affair, he begins to play games with her and her lover, even as he undergoes his own psychological and physical transformation.

The film was shot in just a few weeks on a minimal budget, but this is to its credit. No time is wasted in a build-up of showing how the marriage faltered. Even in the few moments when we see them happy, it is obvious that Bruno's love is somewhat unhealthy. Boe uses the minimalist setting and landscape to let the emotions of the characters run wild. In the wintertime, the heat of passion can burn incredibly hot to keep out the cold. This contrast of temperatures makes each feel that much more potent. Maxine's heart grows colder and colder as her obsession wanes, and Bruno's heat grows so that he is walking in his own personal hellfire that covers him like an extra layer of skin. Meanwhile, Maxine wears large coats and sweaters as though Bruno is sucking the life from her. Which he is, figuratively and literally.

As Bruno, actor Nicolas Bro is a powerhouse. He is a large man, but even this body cannot contain his rage. In one powerful scene, after a rather sadomasochistic sexual encounter with his life involving the consumption of her blood, he screams at his half-naked self in front of the mirror, recharged like a demon. Over drinks with his wife's lover (who is ignorant of Bruno's knowledge of the affair), his attempt at friendly conversation becomes a frenetic verbal vomiting that shows a man already well over the edge. Usually, it is the woman who is shown as penetrated physically by a man, and rendered emotionally and psychologically damaged. But in Bruno's case, his need for his wife to penetrate him via her blood and other things leave him damaged. This damage causes him to transform quickly and horribly into a thing of terror.

Boe strips away the romance as he strips away all photographic and sonic pretense from the film. This is the beating drum of love as seen through the actual heart (as oppose to its iconic symbol): a powerful muscle, red and pumping to the point of attack. This heart eats away until there is nothing human left. A visceral, dark and disturbing portrait of a man whose love drives him to chaos.
Tweet Post Submit