MACHETE Returning To The Big Screen. And This Time He KILLS! 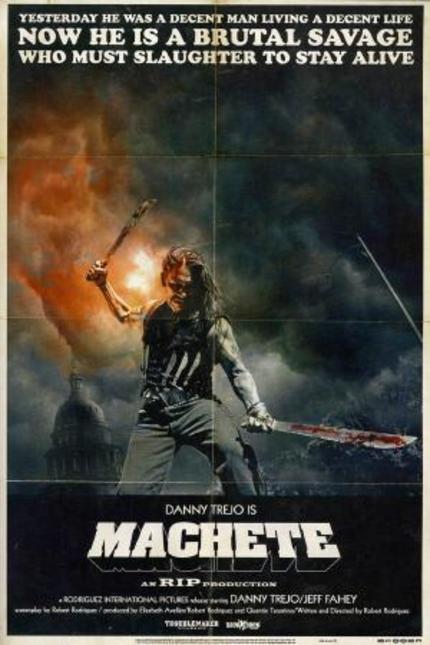 Didn't Machete kill the first time? Isn't that the entire point of the character? Heh ...

Word is out that Robert Rodriguez plans to return Danny Trejo to the big screen in the second of what is now a planned trilogy of films. First came Machete. Next comes Machete Kills. Is it too much to hope that the third will be titled Machete Kills Everyone?

Working from a script by Kyle Ward the plan appears to be to make things bloodier than last time. Deadline describes the story like this:

The new film finds Machete recruited by the U.S. Government for a mission which would be impossible for any mortal man. Machete must battle his way through Mexico to take down a madman cartel leader and an eccentric billionaire arms dealer who has hatched a plan to spread war across the planet with a weapon in space. Machete takes on an army in an effort to dismantle a plan for global anarchy.

It is not clear from the announcement whether Rodriguez will direct or only produce. the film is targeting an April start.
Tweet Post Submit