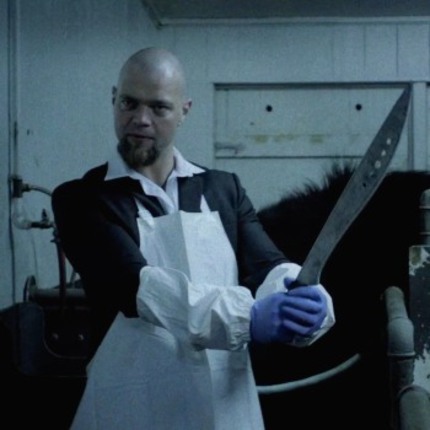 This year at the International Film Festival Rotterdam there was an Icelandic entry for the Tiger Awards: director Oskar Thor Axelsson's first feature-length film "Black's Game". Note: you can find an interview with him here (link). Normally Tiger Award nominees are artistic low-budget affairs, as the award was created to support new talent (only first or second features apply). Not so with "Black's Game" however, as this is a thriller which looks expensive and made for mainstream audiences. The end result is a remarkably slick production about someone who enters the Icelandic drug scene. Unfortunately for him he enters it in 1999, just when crime in Iceland is about to change and not for the better.

Based on the novel "Black Curse" which itself was based on years of meticulous research, "Black's Game" sets out with a simple goal in mind: to tell its story and tell it in as entertaining a way as possible.

When Icelandic student Stebbi runs into legal trouble, old schoolmate Toti offers to help him out. The favor-in-return which Stebbi needs to do is simple enough: find a stash of hidden drugs in an apartment which has already been searched by the police. Stebbi succeeds and before you can say "methamphetamine" he is part of Iceland's biggest drug distributing organization. 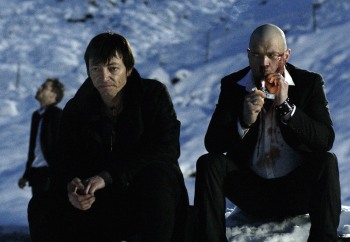 Suddenly affluent, in demand and often high, Stebbi has the time of his life until Bruno arrives. A brilliant but positively EVIL career criminal, Bruno decides to professionalize Iceland's drug traffic and things get a lot grittier...

Oskar Thor Axelsson freely admits it: he took inspiration from films like "Goodfellas" and "Trainspotting", and also threw in a healthy dollop of the bleak characterization which made the "Pusher" trilogy so good. Indeed, at the script tweaking stage "Pusher" director Nicolas Winding Refn even got on board as an executive producer. Quoting and borrowing from other films is no guarantee for a nice end product of course, but it is nice to hear a director be honest about it upfront. Thankfully, "Black's Game" is strong enough a film to stand on its own legs instead of just being a "Goodfellas in Iceland"

The film is very entertaining and already moves at a brisk speed from its in-your-face opening titles onward, and it helps that the acting is excellent across the board. Stebbi as played by Thorvaldur David Kristjansson is a bit of a not-quite-innocent cypher, but he needs to be in order to make it possible for the audience to sympathize with him. Almost immediately you get to meet Toti as well, and the first thing you think is: trouble. Toti is played by a fantastic Johannes Haukur Johannesson who looks like a malicious force of nature in this film. But even he gets topped when Bruno appears, played outright demoniacally by Damon Younger. Because when he enters the picture... holy shit. Everybody in the gang knows Bruno IS trouble and will probably be their downfall eventually, but they all are powerless against the sheer charisma this guy exudes and he easily takes the lead. From then on, all you can do is watch as the train picks up too much speed (haha) and wait until it's all gonna crash when the tight corners arrive. Seriously, Damon Younger is worth the price of admission here all by himself. That the rest of the film keeps up with him is a nice bonus.

And the fact that this plays in Iceland does add a unique flavor to the proceedings, because there is such a low ceiling of success for these career criminals. With a population of only a few hundred thousand people, Iceland only has several thousand people using hard-drugs so these guys are never going to be rich enough to own a helicopter. At a certain point the gang reaches an almost perfect level of organization but the bizarreness of it all gets shown when they try to rob a bank, using what might be the island's only illegal shotgun. It does not even matter if the heist itself is clumsy or meticulous (it's both, to hilarious effect), the truth is that in a nation with so low a population density there is never much money at any one bank outlet, and therefore these are not worth the trouble of robbing. Also, in a country where everybody knows everybody, organizing your crime results in giving the police one single target to focus on.

But do not think the absence of firearms or the slim pickings (well, when compared to the USA or Colombia...) make the criminals any less hardcore. These guys thump into each other with all the zeal of hooligans, and woe the person who is in their way.

All in all, "Black's Game" never gives the vibe that it is a debut. It looks confidently made, juggles a large cast and a wide selection of locations, is marvelously edited and as a result it moves like a snake on speed.
And Oskar Thor Axelsson can be mighty proud of it.

Surely the most commercially viable Tiger Award nominee I've ever seen, "Black's Game" may not be the most epic or original rise-and-fall-of-a-criminal-empire-film ever but it comes pretty close, and sure is a mighty enjoyable entry in that field. Competently made, briskly paced, charismatically acted by its (often creepy) cast and totally hiding any evidence of a low budget, it turned out to be a crowdpleaser.

It didn't win a Tiger Award, but the most popular nominee rarely does. After the World-Premiere audiences at the IFFR awarded the film a 4.4 out of 5, making it the highest rated Tiger Award nominee (by far!) and putting it in the Top-10 of this year's festival. 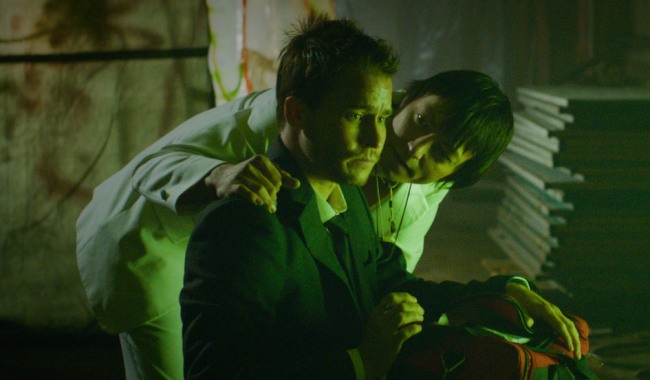 Do you feel this content is inappropriate or infringes upon your rights? Click here to report it, or see our DMCA policy.
Óskar Thór AxelssonStefán MániThor KristjanssonJóhannes Haukur JóhannessonDamon YoungerMaría BirtaCrimeThriller