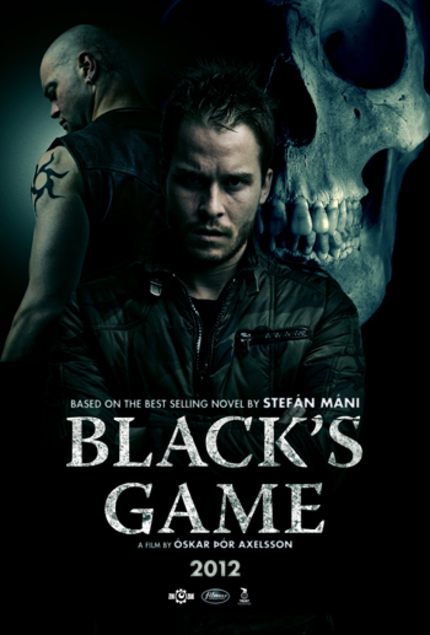 Based on a controversial book about Iceland's seedy underbelly, which is largely based on real events and people, the film Black's Game (Svartur á Leik) revolves around how a young man is pulled in to the world of organized crime. Far from being glamorous the film directs its eye on the dark and the gritty reality of drug trafficking and casts a light on what many Icelanders refuse to even believe it exists in their picture perfect country.

The film is produced by Zik Zak, producers of Noi the Albino and The Good Heart and commercial production house Filmus and is executive produced by Nicholas Winding Refn and Chris Briggs, producer of the Hostel films. The film is written and directed by first time feature director Óskar Þór Axelsson.

The film will have its premier in Iceland in march next year and they just released the first teaser to the public which you can check out below.
Tweet Post Submit

Do you feel this content is inappropriate or infringes upon your rights? Click here to report it, or see our DMCA policy.
Óskar Thór AxelssonStefán MániThor KristjanssonJóhannes Haukur JóhannessonDamon YoungerMaría BirtaCrimeThriller