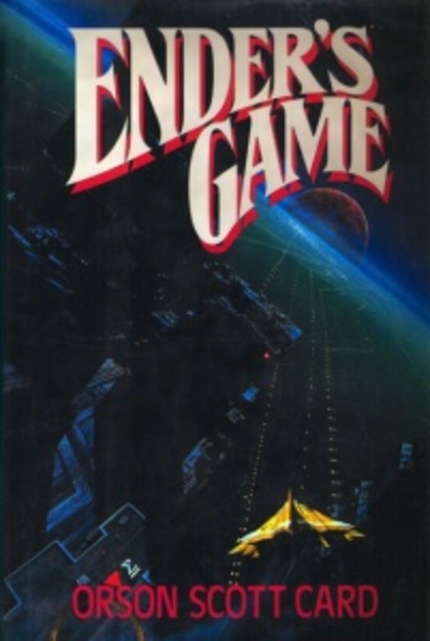 Orson Scott Card's science fiction classic novel Ender's Game has been something of an enigma in film circles for decades now. Film types have been fascinated by the cinematic qualities of the story pretty much from the day it was published in 1985, the large scale action sequences seeming tailor made for the big screen. That said, the fact that the violence in the story - and there is quite a lot of it - revolves around children has been landing Ender's Game on critical lists of unfilmable novels for just as long.

That hasn't stopped people from trying over the years, Ender's Game having inspired multiple ultimately aborted attempts to make it to the big screen. It appears that this time it's going to make it.

Word appeared back in September of 2010 that Gavin Hood had drawn the director's job in the latest big to bring the book to the big screen, news that - frankly - I filed away in the 'Never Going To Happen' pile. Hood, after all, was coming off X-Men Origins: Wolverine - a film that went over poorly enough that Hood hasn't directed for the big screen in the four years since - and the issues that had scuttled every previous attempt were still in effect.

But they actually seem to have done it.

The past few months have seen Hugo star Asa Butterfield attached as Ender with Harrison Ford, Ben Kingsley, Abigail Breslin, Hailee Steinfeld and Viola Davis all signing on as well. And today comes news that production has begun in New Orleans.

So, barring disaster, Ender is finally coming to the big screen. What say you? Is Hood up to the task of adapting the novel and putting it on screen?
Tweet Post Submit

Do you feel this content is inappropriate or infringes upon your rights? Click here to report it, or see our DMCA policy.
Gavin HoodOrson Scott CardAsa ButterfieldHarrison FordHailee SteinfeldAbigail BreslinActionSci-Fi