Watch An Exclusive Clip From Robin Hardy's THE WICKER TREE 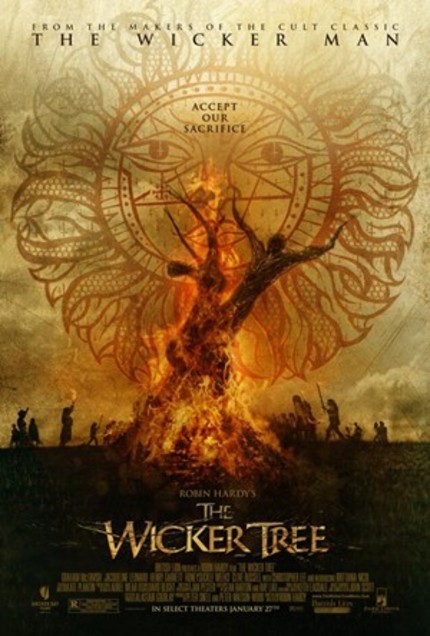 Director Robin Hardy burst in to the international film world in 1973 with the release of The Wicker Man, the cult title still widely considered to be one of the greatest British genre films ever made. Hardy's career has followed an unusual path since, his directing credits post-Wicker Man limited to just 1986 feature The Fantasist and some work on 1989 television series E Street.

But now Hardy is back, and returning to the ground that made him famous in the first place with The Wicker Tree.

When two young missionaries (Brittania Nicol, Henry Garrett) head to Scotland, they are initially charmed by their engaging baron Sir Lachlan Morrison (Graham McTavish) and agree to become the local Queen of the May and Laddie for the annual Tressock town festival. But the couple is not prepared for the frightening consequences of their decision and the very disturbing secrets they are about to discover about Tressock's seemingly friendly townspeople.

A sort of spiritual sequel to the original Wicker Man, Anchor Bay will be releasing The Wicker Tree in US theaters on January 27th and we've got an exclusive clip from the film below.