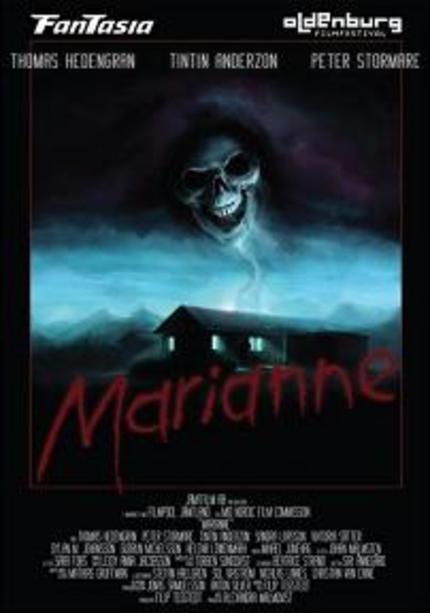 Filip Tegstedt's Marianne stretches the definition of a horror movie by quite some way; there's only one recurring supernatural element and it's left very much open to interpretation as to whether the main character is imagining the whole thing, to the point of openly mocking him. Yet it's not really about the scares, more about the tragedy of a man's psyche visibly imploding - the story of someone who did a terrible thing, where it's slowly revealed to us just how terrible, and how much worse he makes the situation by trying to put everything right without thinking about it first.

Krister (Tomas Hedengran) is a teacher living in a quiet Swedish suburb, painstakingly trying to put his life back together after it's taken a particularly awful turn for the worst. His wife Eva (Tintin Anderzon) is dead, his oldest, teenaged daughter's drifting away from him and he's clearly struggling to cope with looking after her as well as an infant. It's quickly made plain Krister is in large part responsible for this - that he was an unrepentant, egotistical jerk cheating on Eva right up to the moment she decided to take him back for what turned out to be the last time.

But the guilt that consumes Krister initially seems out of all proportion to anything he's done - a spectre visits him at night, a female figure that wanders into his room and crushes him to the bed while he lies there, helpless, the terror close to finishing him off. No-one believes him bar his daughter's oddball boyfriend, and his psychologist (Peter Stormare) fears this mounting obsession might be the sign of some deeper underlying issue. Either way, the ghost seems to be a danger of some kind, but whether it's haunting him or vice versa what was it he did to deserve a punishment this harsh?

To be honest, Marianne's big twist becomes pretty obvious relatively early on; still, this is a film where the pleasure comes not from what gets revealed, but how. Tegstedt could plainly have done with a good deal more money, or at least more time behind the camera - technically the film is hardly bad, but it's all over the place, veering from a saturated, over-bright soap opera gloss to grainy handheld work to the odd helicopter shot that's at least a bit more professional. There's very little cinematic about it, and the one explicit effects shot is jarringly lo-fi.

Still, the film is frequently riveting stuff, small scale and visual flaws notwithstanding. Tegstedt, who wrote the script, proves far, far better at pacing and building character. Marianne is a slow, remorseless parade around a pitiful, broken man trying and failing to hold himself together, and while many of the plot beats revolve around Krister's ghost you could take her out altogether and the film would probably still stand up. The horror comes from the weight not so much of the ghost on his back but the mundane problems piling up - memories of his wife, desperate attempts to reconcile with his daughter, the sense nothing will ever be normal again.

Hedegran, a long-time fixture of Swedish TV and cinema, is excellent here - it's never an easy thing to embody an inveterate asshole yet at the same time suggest he could be redeemed, or better yet, convince the audience he ought to be. It's largely his film, though Stormare is predictably solid in support. Sandra Larsson as Krister's suffering eldest daughter is also worth a mention, comfortably holding her own against the veteran and the Hollywood star - it's a remarkably confident showing for a debut performance, and deserves to get her some wider attention.

And Marianne is if not outright horrifying, then certainly deeply disturbing. There's the strain in Sandra's voice as she struggles to cope with her father coming apart; there's the dark, dark places the story goes, with Krister losing a lot more before we're done with him. And there's some excellent audio design, a grinding, crackling drone announcing the ghost like a dying speaker system in a dark and musty room. Most of all, though, it's the sense of helplessness, that no-one's prepared to really consider what Krister might be tormenting himself with, much less that his tormentor might be real.

Yet it's also a very human film, even comical at times. Larsson's partly impressive because she feels like a teenager without a capital T, where her problems exist outside of the plot, not just as an expression of how much pain her father's downward spiral is causing. The Big Reveal does lurch a little too far into melodrama (Marianne herself is by far the thinnest role, and frustratingly close to a cipher) but the movie still convinces you Krister has something decent about him with his clumsy attempts to do the right thing.

It takes some effort to get the most out of Marianne - it's obviously the work of a first time director, with frequent technical hiccups, and its slow, unassuming pace is not going to be to everyone's taste. But it's worth sticking with. Like the best ghost stories, Marianne touches on something deeper and more truthful than simple boo scares; the fear that if we do something bad, someone or something will make sure we get punished, and the nagging suggestion that maybe we deserve it. And it haunts you, sinks beneath your conscious thoughts and lodges there for a long, long time, despite the lack of blood and thunder. Any discerning horror buff willing to forgive some rough edges should consider Filip Tegstedt's debut strongly recommended.

(Marianne was screened at the 25th Leeds International Film Festival, which ran from 3rd-20th November 2011.) 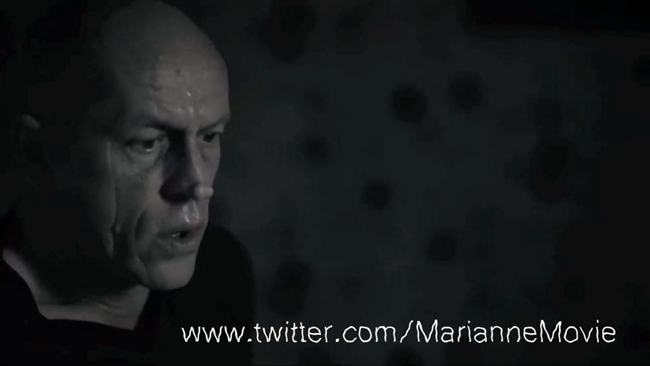 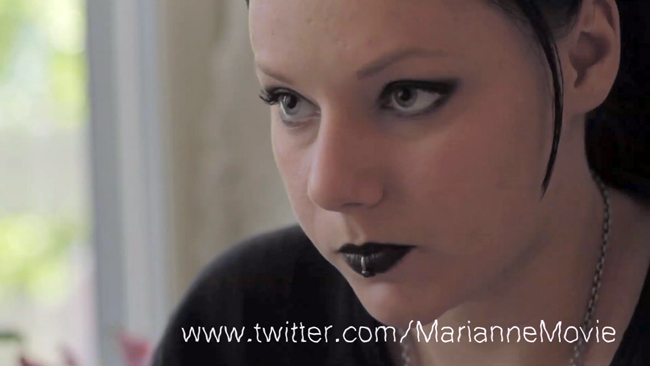 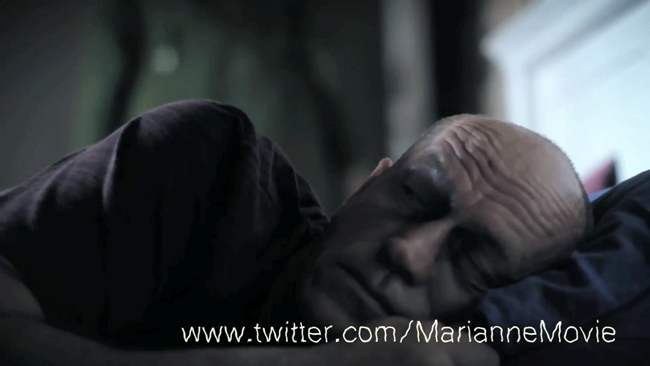 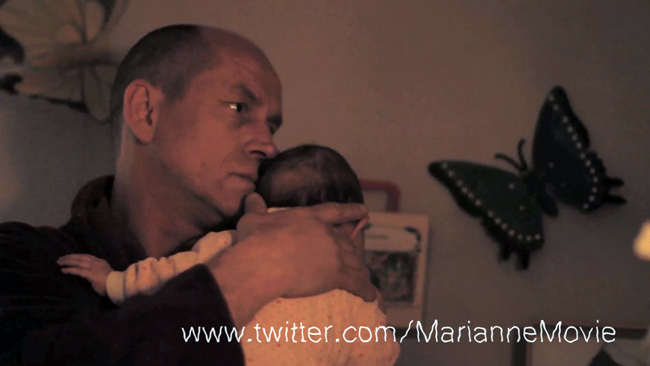 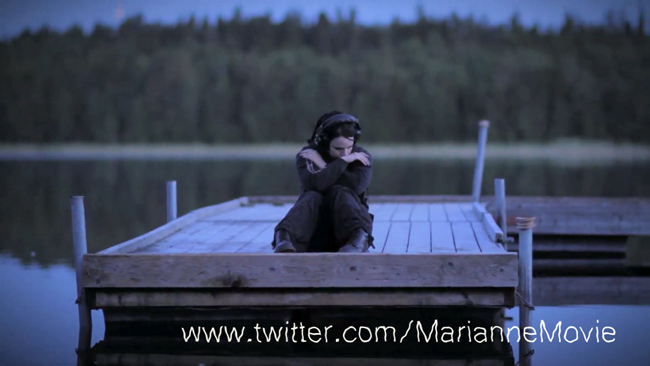 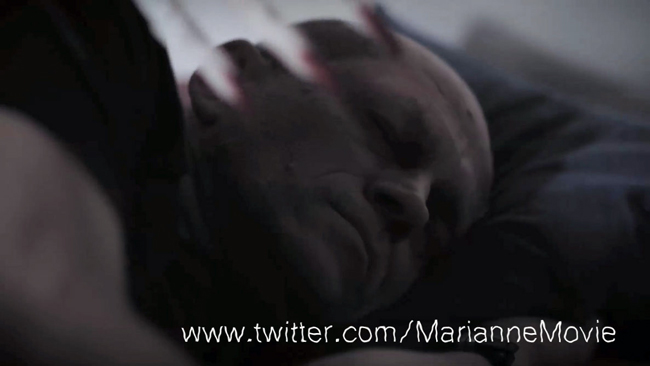 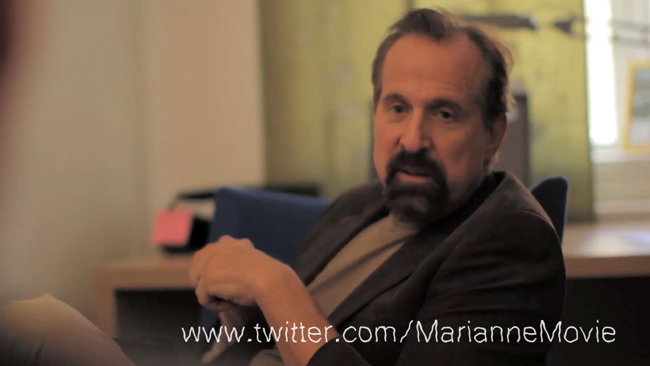 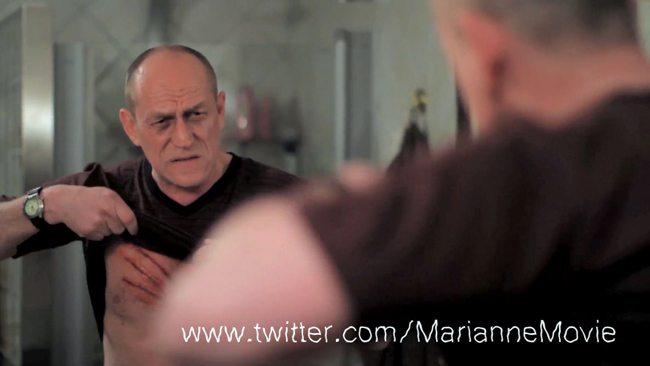 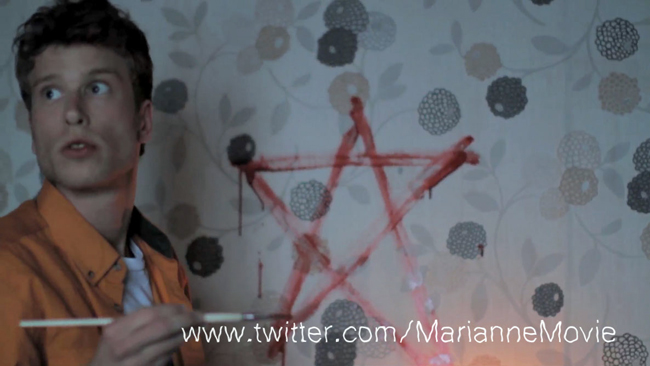 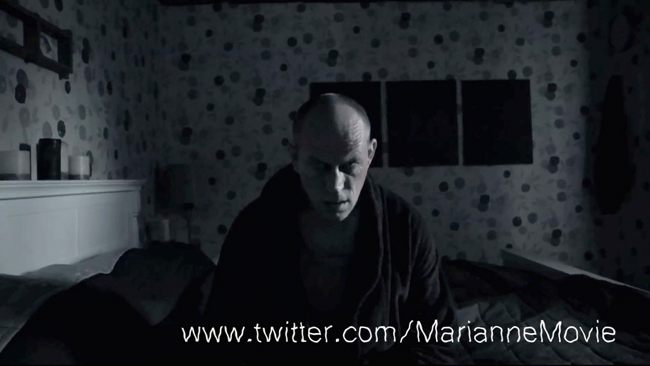 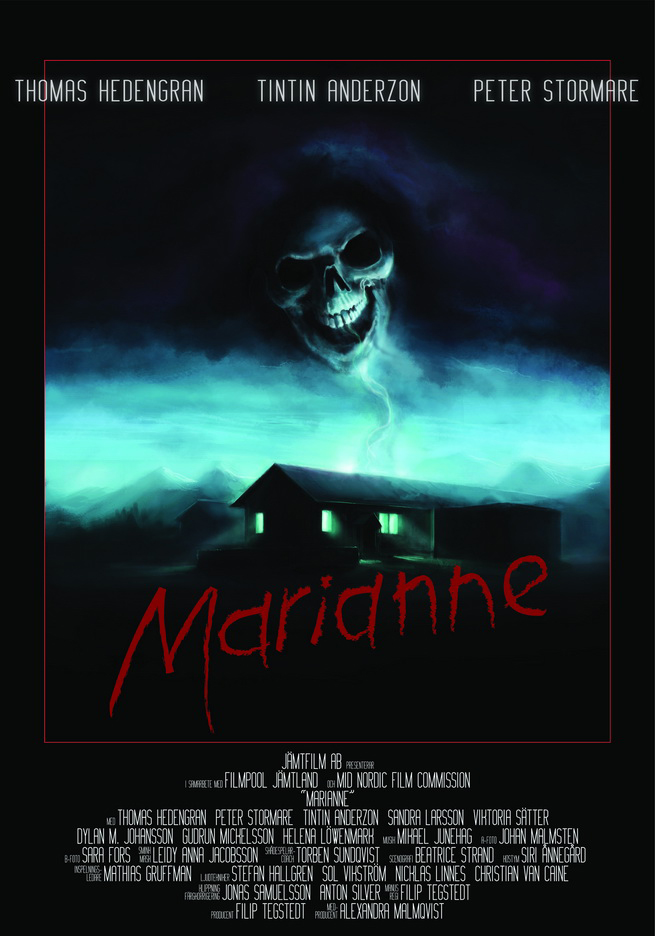