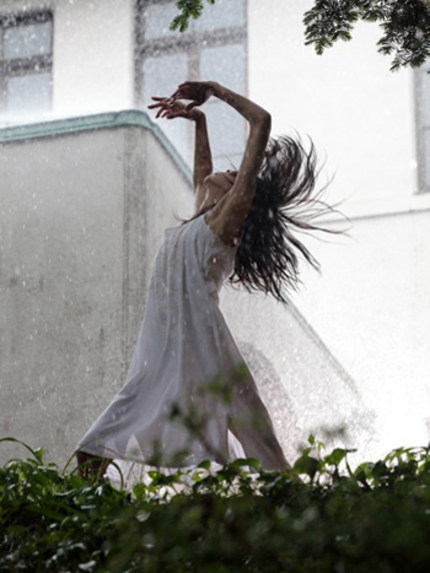 Just when you thought Third Window Films couldn't get any better, they have told us exclusively that their most recent acquisition is Shinya Tsukamoto's festival hit (TIFF, Venice, Et al.) Kotoko.  The word on the street is that Kotoko is a return to form for Tsukamoto, the type of film we were hoping for when we got Tetsuo: The Bullet Man.  The film brings Tsukamoto back to the dark, unsettling arty drama of films like Vital and A Snake of June, which is a welcome return, in my opinion.  Rather that continuing to prod horror and cyberpunk films, Tsukamoto appears to have wrangled his dark obsessions into a genuinely disturbing film.  Third Window's Adam Torel had this to say:

Personally I think it's a true return to the form that made him stand out from so many directors in Japan and it's the best film I've seen this year. Really horrific stuff which had me sweating like mad throughout the whole screening!

Sounds good to me!  Very few distributors are as well curated as Third Window, so I'm always willing to give their product a shot, the fact that it's a Shinya Tsukamoto film is just the icing on the cake!  Here's the synopsis of Tsukamoto's dark, post-partum drama:

A single mother (Cocco) becomes afflicted with double vision. Taking care of her newborn baby becomes a nightmare as the mother also becomes paranoid. The only time the mother doesn't see double is when she sings. She also finds solace in cutting herself, allowing her blood to drip free and able to feel alive. A terrifying nervous breakdown ensues. When things spiral out of control, her baby is taken away.

She then rides a bus and sings to herself. A man (Shinya Tsukamoto) sitting nearby listens to her wonderful voice. He begins to stalk her. The man is an award winning novelist who has fallen in love with the woman. They begin a volatile relationship. The woman's paranoia and vision slowly improves. Eventually her baby is returned, but her vision worsens ....

Third Window is planning an August theatrical release to be followed by an October home video edition, around the same time as the Japanese home video edition.  Further details will be posted when they are available.