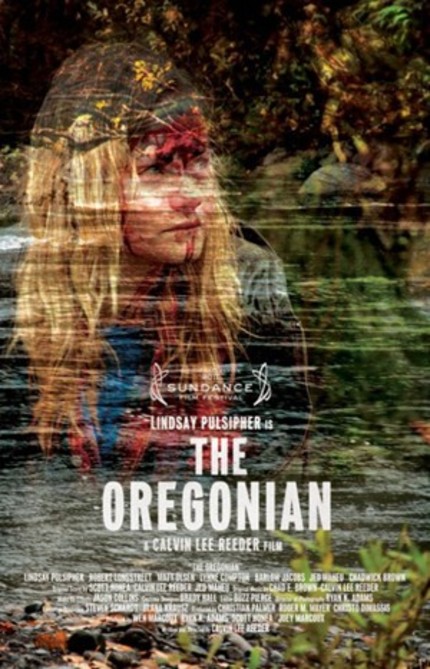 The Oregonian is a film that I would have thought had zero chance at distribution in any normal way, and to be honest, I was mostly correct. However, in this day and age, the models for distribution are expanding and creating more and more viable channels everyday. One of the most exciting new channels is VOD, or Video on Demand.

The Oregonian was acquired by New Video for VOD distribution, and the film is now set to release on iTunes on January 17th, 2012.  This is great news!  The film is a nightmare, and truly mind-bending in a way that very few films are.  Most films that attempt this level of madness crash and burn, but somehow The Oregonian manages to disturb without becoming laughable.  Here's the synopsis from iTunes:

Leaving behind a desultory and possibly abusive existence, a beautiful farm girl, known only as The Oregonian (Lindsay Pulsipher), rushes headlong into an unknown future. Her getaway is cut short when she rams her car into an embankment. Shocked and confused, The Oregonian walks away either trying to flee the scene or looking for help. She walks toward the way she came and is turned around by a mysterious bright beacon and an ear-splittingly high-pitched beeping sound. She is then forced to confront her situation as she discovers a horrific scene back at her vehicle. Distraught, The Oregonian heads toward the direction she was going....and into a world she barely recognizes.

I heartily endorse this film, and if you click below, you'll find my review from the Dallas IFF in April.  The Oregonian deserves our support as proof to distributors that these kinds of films have a place in the market.