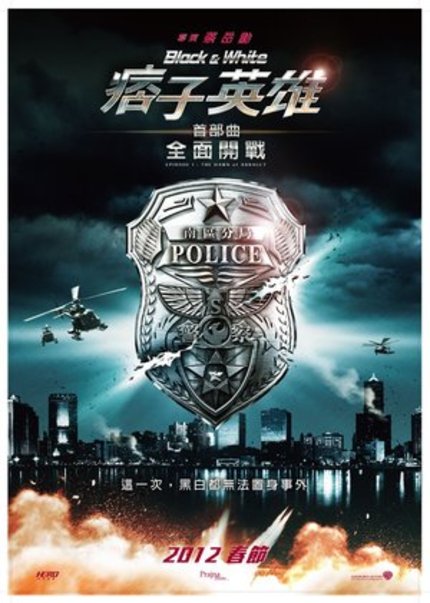 Get ready for an explosive Chinese New Year when Yueh-Hsun Tsai's Black & White Episode 1: The Dawn of Assault (痞子英雄首部曲：全面開戰) hits the big screen in high-octane fashion.  Based on a popular Taiwanese TV series, its basically recycling the action film cliche of a lone renegade cop busting doors down in the name of justice to take down an entire lethal terrorist group with plenty of shoot'em up and property damage. The cast include Mark Chao (Monga) as the main cop, Janine Chang and Ivy Chen.

A mad cop, who believes in justice and is willing to do everything in his own power to sustain his faith, meets a chicken gangster, who wants to make a final big gamble regardless how dangerous and risky it might cost. Though walking on completely different paths, the two men share something in common - they both want to live their life in the simplest way while the world is far more complicated than either of their expectations. Their simple wishes will lead them to the most complex conspiracies...

More about Black & White Episode 1: The Dawn of Assault