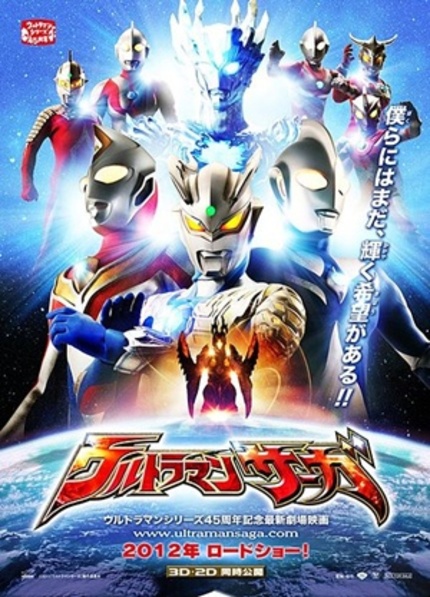 Though it's always the big silver man who gets the lion's share of attention whenever a new Ultraman project releases in most Ultraman movies and series the human characters are at least as important. Particularly the members of the vaunted Earth Defense Force.

And with Ultraman Saga hitting Japanese screens in March a second trailer for the film has arrived showing off the new Science Patrol members. They're a young, pretty bunch - mostly culled from the ranks of pop act AKB48 - and up for a slew of giant monster battles. Check the new trailer below!
Tweet Post Submit

Do you feel this content is inappropriate or infringes upon your rights? Click here to report it, or see our DMCA policy.
Hideki OkaKeiichi HasegawaDaigoTakeshi TsurunoTaiyô SugiuraSayaka AkimotoActionSci-Fi