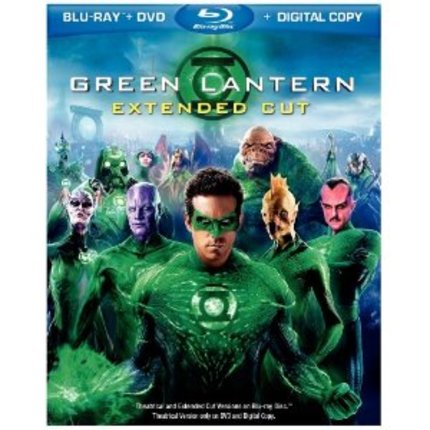 Liked this. Don't care what ya say. This movie was a lot of fun. Faithful to the Lantern mythos? I do not know. I can sympathize with the purists out there and their complaints, but the bottom line for me is that the character was going to need some simplifying to become a mainstream franchise. And what else could it be besides a franchise? The cost of any Lantern film was going to be through the roof and this movie bears the marks of people who tried really hard (and mostly succeeded in my view) at making a film that has a lot of energy and a dynamic mythos as well as the chance to expand out into future storylines. I left the film feeling like I wanted to know so much more about the Lantern protectors and the worlds they inhabit. Awesome stuff for those willing to approach the film with childlike simplicity. There are of course a bunch of extras here including a pic in pic commentary, 8 featurettes and more. You also get a DVD and a digital copy. The film is also available in 3D and looks especially dynamic that way although that isn't the version reviewed here. Any edition of this film is a fun one. I think a favorable comparison can be made to flicks like The Shadow (1994) and The Phantom (1996). Liked those? You'll love this.

One of the nifty newer featurEs on this thing is that the Digital Copy is made available through the Ultraviolet system . Check out more about that HERE