AFM 2011: Zombie vs Robots In BATTLE OF THE DAMNED 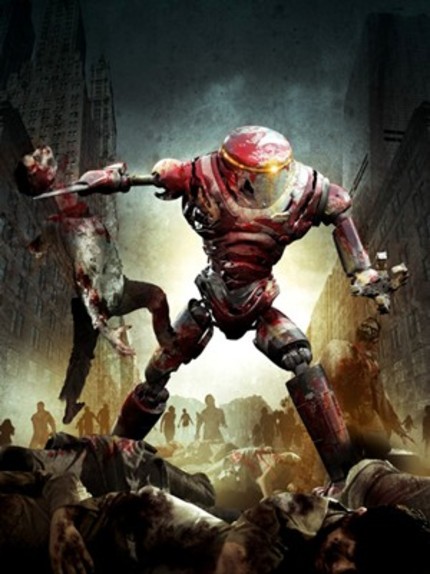 While big budget adaptations of Ashley Wood's World War Robot and Zombies Versus Robots are already in the works it appears that someone is getting the jump on the robot vs undead demographic, albeit in much smaller budget fashion.

Bleiberg Entertainment have just announced the imminent arrival of Battle Of The Damned, an action / horror / scifi hybrid that will feature zombies and robots in whatever the equivalent of mortal combat would be for things that are already dead and things that were never alive in the first place.

Following a viral outbreak at a remote facility, a group of survivors find themselves not only fighting against the vicious infected masses but a band of rogue prototype robots as well.

What you see to the left is the first released concept art for the film with Bleiberg promising that they will have the first effects footage available for attendees of the American Film Market.