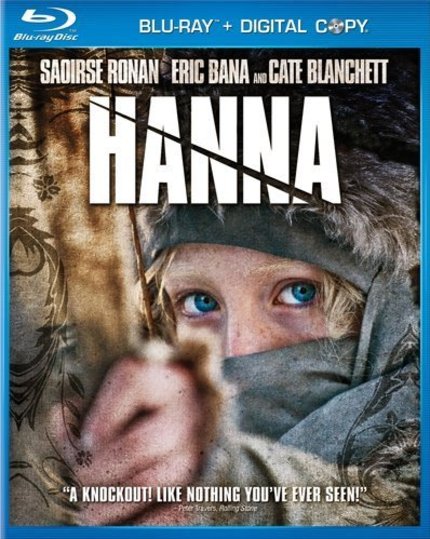 This is one outstanding looking Bluray. More importantly, this is one dynamic fun to watch provocative piece of cinema. Hanna is like an updated better version of D.A.R.Y.L. (1985) which was a fun movie to begin with. If all Hanna did was add on  better effects and an espionage driven series of plot twists that would be enough but director Joe Wright ramps up the tension, stages action and combat sequences that will leave viewers breathless and generally just works the hell out of his talented cast. Most impressively Wright creates a travelogue of earth as alien landscape full of sights and sounds that put us in the main character's over stimulated mind as she ventures out from the only place she has ever known,, a frozen tundra, into the explosive atmosphere of Morocco, the open road and finally a dilapidated amusement park. To say anymore about the plot, which involves enough gunplay and genre quirks to satisfy any sci-fi fan, would risk ruining the films many surprises. Hanna runs hot and cold, shocking one moment then heartwarming and unexpectedly sweet the next.  It should also be mentioned that The Chemical Brothers soundtrack is darn near worth the price of this combo-pack alone. Too bad there's not a soundtrack only option.

The extras offered here are great. You get a Joe Wright Commentary a whole bunch of featurettes and deleted scenes and an alternate ending. As mentioned above this is one of the best looking/sounding Blurays I've seen in a long time. Definitely something to test the limits of your audio visual equipment.