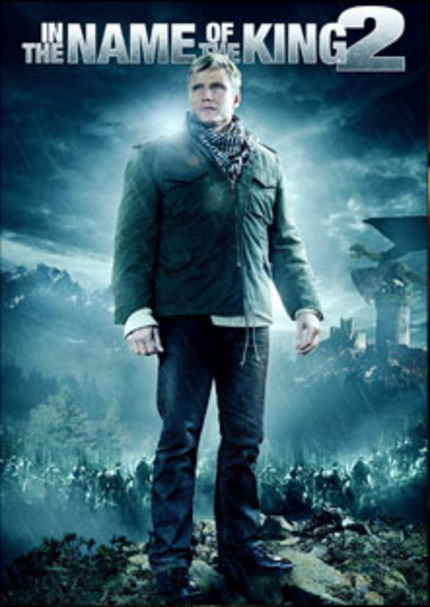 Uwe Boll is at it again. Boll's 2007 video game adaptation In The Name Of The King aimed for (relatively) big budget spectacle with a cast list that left audiences scratching their heads and wondering "How'd he get that guy?" Well, Boll is headed back to his fantasy land but apparently on a much smaller scale this time. No Jason Statham, Ron Perlman, Burt Reynolds or Ray Liotta this time out. Nope, this time we get Natassia Malthe, Lochlyn Munro, Heather Doerksen and Dolph Lundgren.

Have a hard time picturing Lundgren in a period fantasy epic? Well, apparently so does Boll because instead of casting Lundgren as a local of the fantasy world he will be playing "an ex-Special Forces soldier gets thrown back to medieval times to fulfill an ancient prophecy and ends up finding redemption for his own battlefield experiences." Not having ever played Dungeon Siege - the game the franchise is based on I have no idea if this makes any sense at all but, you know ...
Sign-In to Vote
Tweet 0 Submit

Having played Dungeon Siege 1 and 2, I can tell you the movie story has nothing to do with the games.. it looks like Uwe Boll took the script from the Japanese movie Sengoku Jieitai and, with the lack of budget, sent one man back in time instead of a full bataillion of soldiers.. :P

Dolph Lundgren being in this movie has been known for atleast a year if not longer. Old news!

And there are way more interesting recent Lundgren projects to talk about: Jonas Akerlund's SMALL APARTMENTS, Joel Silver-produced STASH HOUSE, even the alternate sequel UNIVERSAL SOLDIER: A NEW DIMENSION or the more conventional ONE IN THE CHAMBER with Cuba Gooding Jr...

And Dolph just unveiled sneak peek from a fitting session for THE EXPENDABLES 2 on his new FB page!