Interview: The Vicious Brothers on Creating Their GRAVE ENCOUNTERS 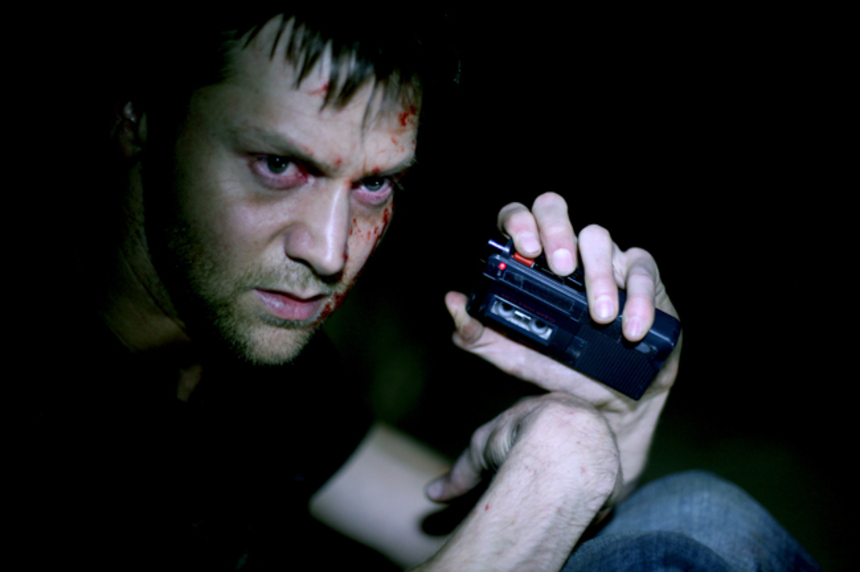 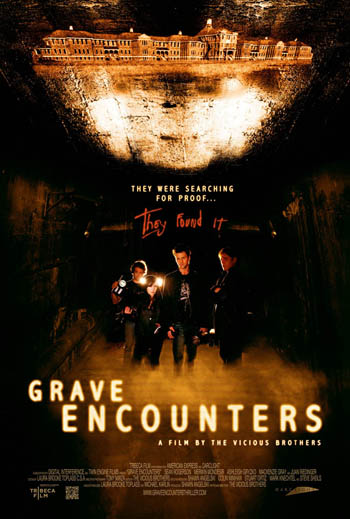 The found footage horror film Grave Encounters is by no means the first of its genre nor is it likely to be the last, but it is the first take inspiration from the current crop of Ghost Hunters-style shows that have proliferated on basic cable over the last couple of years. The feature writing and directorial debut by the Vicious Brothers (real names Colin Minihan and Stuart Ortiz) which debuted in limited release in New York and L.A. last week, and is going wider this week, Grave Encounter purports to be the first and only episode of the titular show, whose crew and host disappeared inside of a mental hospital with a history of abuse and later strange events. Atypical of the shows from which it gets its inspiration, Grave Encounters finds its crew facing supernatural horrors inside the walls of the hospital as well as the deterioration of their own minds.

Ortiz and Minihan spoke to ScreenAnarchy recently about how their own belief in the supernatural led to their film debut.

ScreenAnarchy: You know, I was talking to another filmmaker not too long ago about their own supernatural movie inspired by the same kind of Ghost Hunter-type shows and he said that part of what drove him to make his movie was how in those shows, part of the enjoyment is that they never find anything.

Stuart Ortiz: Right, well that was kind of the whole concept behind the film. At the time we were actually working on a different script and we would find ourselves, whenever we got burned out writing or just to take a break, we would literally find ourselves watching these ghost hunting shows like Ghost Adventures and Paranormal State and at some point, we just looked at each other and thought: "This would make a great movie!" [It] would make a great found footage movie in particular--because the whole appeal of those is that maybe people will actually see something. But, of course, the reality is that you never see anything.

So we just decided that it was the perfect opportunity to make a ghost hunting show gone wrong where you really see something this time.

ScreenAnarchy: Did the cast get any kind of crash course on these shows before filming started?

Colin Minihan: I don't think so. When we did the casting, we knew specifically what we were looking for. For instance, trying to cast the Lance Preston character was extremely difficult because you'd get an actor who would be a great host on-camera, whether it be more of a serious Unsolved Mysteries-style approach, or a more talky MTV host-style approach--trying to be more hip and with it. But a lot of the people who could play great hosts couldn't deliver emotionally what we needed the actor to be able to deliver when the cameras were supposedly not rolling and they weren't making the show.

We really lucked out when a guy named Sean Rogerson in an audition tape. And once we saw it, we just knew exactly that he was perfect. And it wasn't just a matter of putting him through any "crash courses" or anything like that--we recommended that he sit down and watch a few ghost hunting shows and he already had.

I think it's such a thing in pop culture now that most people have seen one of these shows and kind of know or get what it's about. I think the cast kind of inherently knew what we were going for.

ScreenAnarchy: In some of your earlier interviews, you've both expressed a belief in the supernatural--something maybe beyond our vision. How do you think that informed the filming, particularly with regards to keeping it credible while keeping the scares ramped up?

Ortiz: I guess... that's an interesting question. I think it just allowed us--because we're both believers--I think it allowed us to take the situation seriously that we were trying to present. Of course, on a certain level, we're obviously kind of parodying these ghost hunting shows and there's kind of a comedic element in terms of the beginning of the film with the characters and how they're total skeptics. But when stuff really does start happening--because we believe in this stuff--it's just informs everything. Just the tone of the film and the writing, it would be really serious--it wasn't just going to be a kiddie show, we wanted to do something serious and adult, that you could watch and it wouldn't insult your intelligence.

ScreenAnarchy: What was the collaboration between you two like on-set in terms of co-directing the feature and working with the actors?

Minihan Stu and I, we've known each other for so long and we've talked about film so extensively that we work on very similar wavelengths. I don't think there's another person on the planet who I'd feel co-writing and co-directing a film with because that's obviously a really intimate relationship that you get with that person. There's going to be small disagreements every once in a while, but you need to have very similar tastes.

And as far as the collaboration goes, when we write, we bounce ideas off one another and we try to elevate one another's ideas. Oftentimes, I'll have a good idea and Stu will be able to add something to it that will make it a better idea and vice versa. And this same thing goes on-set when we're filming. If we're able to communicate what we want to one another before approaching the actors and giving mixed information, then that's obviously going to help us achieve the best result.

So it really is a matter of communication for Stu and I because we'll both communicate with the actors, but we have to be very cautious that we're both on the same wavelength when we're doing that. And as far as the edit goes, we have such a similar eye that we sat in a room together and basically edited the film frame by frame and [came] to the same agreement on every single decision.

ScreenAnarchy: In terms of working with the actors, how were you able to keep the tension ratcheted up on-set? Did you hide anything from them or try to surprise them?

Ortiz: Well, first of all, the fact is that this is a low-budget and we didn't all have trailers. The actors were just in the reality of the film on a certain level because we were in this location that was the real deal--it's a real abandoned mental institution. We were just in there with no lights on and it was pitch-dark most of the time. The actors were just kind of wandering around, using flashlights to get around. It was easy for the actors to really get into the roles and really be in that headspace because they really were--we all were. And sometimes before takes and stuff, if actors needed to get into the zone, they would just wander off into some side room and be in the complete pitch-dark. And you couldn't help but get freaked out.

The film is scripted completely--me and Colin scripted the entire film--this wasn't a film that was made like Blair Witch Project or something where you have a very loose framework that you're working in. We had a complete script. But there were times where, at the same time, we were very open to improvisation. We let the actors go off and go on tangents and stuff--we got good stuff that way.

But there were also times where--there was one time in particular, I remember--there's a gag in the movie where it's revealed that the top of the staircase, there's this wall that's impossibly there--it's a dead end. We just had it built, the actors never saw it, and then we just told them, "You're going to run to the top of the hall and you're going to see something and you're going to react to it." And we just called "Action" and they did it and that reaction is totally real--they were not expecting that.

Minihan: Yeah we used that first take, too. 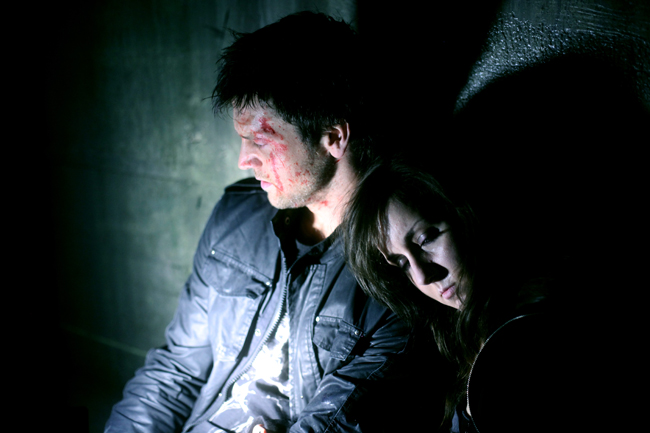 ScreenAnarchy: I'm curious--what led you to stick with a more rigid, scripted framework instead of the looser, like you mentioned Blair Witch model.

Minihan: It was budgetary, a lot of it. We knew that we only had a certain amount of time to be in the location and to shoot the movie--we shot this movie in 12 days. If you were shooting in the woods you'd have unlimited time with the actors and you'd be able to shoot a lot of stuff that would end up getting cut inevitably from the picture. So, when you're working in those tight confinements and restrictions, you really need to know what your day is going to look like, you need to have it scheduled out. Otherwise, good luck finishing the film.

Grave Encounters is currently showing in New York and Los Angeles with a wider release planned for this week.