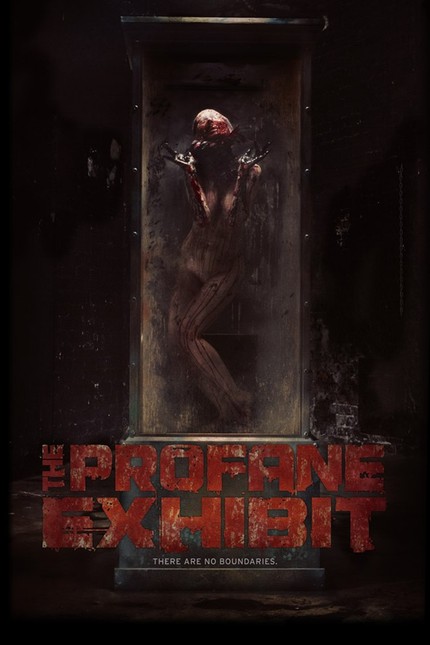 The horror anthology is clearly on the comeback trail. With The ABCs Of Death getting up and running and The Theater Bizarre fresh off its premiere at Montreal's Fantasia Festival there's an obvious resurgence of interest in the format. And coming up soon will be another entry in the anthology world with ten part effort The Profane Exhibit, which promises to bring together some of the leading names in the international horror underground.

What you see above is the official artwork for the project as created by Chad Michael Ward. And while the producers are keeping mum on the complete lineup for now as contractual details are hammered out they have freed up details on the first three confirmed entries:

My gut feeling is that if Iskanov is in here we can expect some real boundary pushing as he's far from a household name and definitely a sign that producers are going after people that they admire at least as much as people who they think will sell units. The names scoring the pieces are pretty fantastic, too, as I've always been surprised Skinny Puppy's cEvin Key doesn't do more scoring work. Expect to hear more from this in coming months.