Nick Frost Joins The SNOW WHITE AND THE HUNTSMAN Dwarves 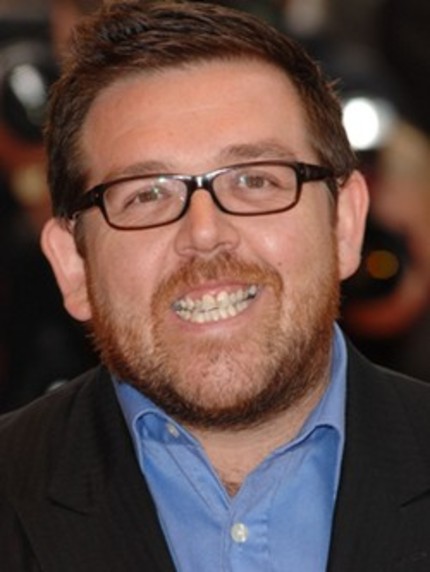 Nick Frost has been rising steadily in stature since first appearing as Simon Pegg's sideman in Spaced, winning critical praise over a range of genres in recent years. And now he's joining a big cast on the big screen.

Frost has joined the ensemble cast of Snow White And The Huntsman as one of the band of dwarves which already includes Ian McShane, Eddie Izzard, Bob Hoskins, Toby Jones, Eddie Marsan and Stephen Graham. Full height actors in the film include Kristen Stewart, Charlize Theron and Chris Hemsworth.

Word of the casting came from Frost himself, who said on Twitter: I can however confirm I'll be dwarfing it up in Snow White and the Huntsman!

Is it too much to ask that someone fly my over to the set just to hang out with the dwarves for a day? Because that would be awesome.
Tweet Post Submit