It's Going To Be A Hot Summer With Arrow Video! 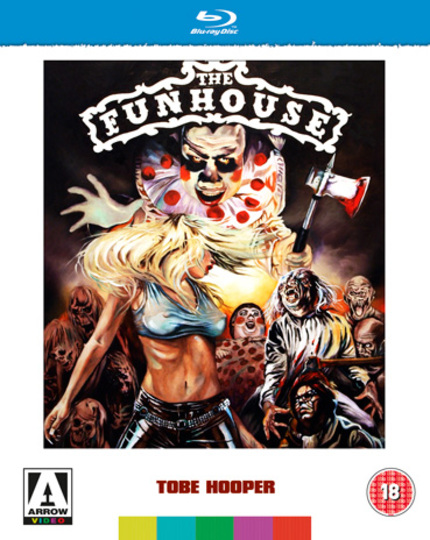 This summer, Arrow Video is really bringing the goods, and we'll try to keep you all updated about what to look for.  I've already posted details for June releases Pervert! (review here), Savage Streets, and Tenebrae, as well as July's release of Brian De Palma's Obsession.  However, Arrow is not content to stand on those releases for the summer, we've got a stack of new ones to announce and detail, check out all the info below.

The carnival is a place for fun and laughter, but not for Amy and her friends. When their childish dare to stay all night in the spooky funhouse backfires, it leaves a trail of dismembered teenagers a mile long in Tobe Hooper's classic video nasty era slasher.

Will anyone escape the clutches of the stumbling madman that stalks to sideshow? Is there no end to the carnival barkers chilling sadism? The only way to find out is ascend into the funhouse, where the games have no rules and the only prize on offer is a grisly demise.

Join us in The Funhouse. So much fun that you'll never leave...Alive!

When the alumni of an all-American high school make a trip to attend a class reunion, they reconnect with their pasts in ways more bloody and fatal than they could possibly imagine in the 80s slasher classic Slaughter High.

On arrival, they discover the school shuttered and in disrepair, as if the reunion were just a ruse to drag them back. Still, the old pupils decide to break in and celebrate anyway. A deadly error considering that Marty, the nerd whose teenage life they made a living hell, is lurking in the dank, dark corridors, waiting to bring fear, torment and slicing, dicing murder to each and every one of them.

Welcome to Kentucky Fried Movie, the Citizen Kane of bad taste, gross out, screwball movies. This is the film that birthed a thousand low rent comedies, a million playground quotes and brought the ancient mysteries of Kung Fu to the West in the awe inspiring mini-movie, A Fistful of Yen.

Hollywood legends The Zucker Brothers (Airplane, Top Secret) team up with John Landis (An American Werewolf in London, The Blues Brothers) for an adults-only comedy trip through the worlds of advertising, TV, movies and, of course... SEX!

DISC 2 CONTAINS:
- A conversation with David and Jerry Zucker: A feature length interview with the co-creators of The Kentucky Fried Movie, Airplane and The Naked Gun about their lives and career, from growing up and starting out in show business to their comedy influences and spoofing Midnight Cowboy!
- Jerry Zucker's on-set Home Video shot during the making of the movie
- Behind-the-scenes photo gallery

In addition to these titles, they've given cover art and preliminary info on releases of Bill Lustig's (Maniac) Maniac Cop on Blu-ray and DVD and John Russo's (Night of the Living Dead) Midnight.  Between James Dennis and I, I'm pretty sure we're going to try to get you reviews of all of these titles as soon as we can. All cover art can be found below, as well as pre-order links for those available at Amazon UK. 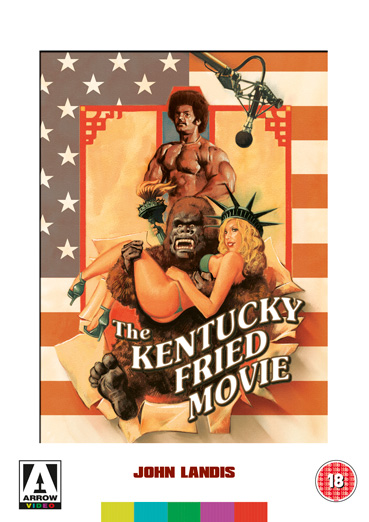 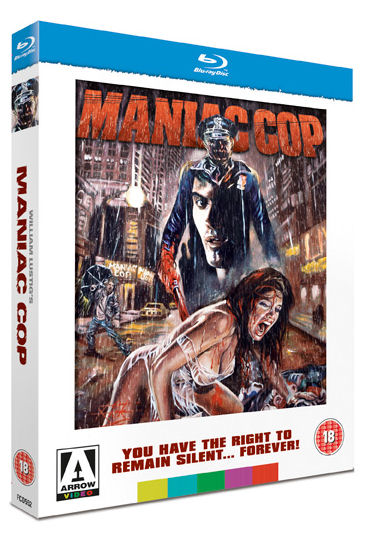 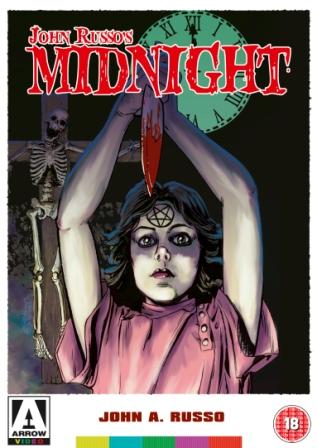 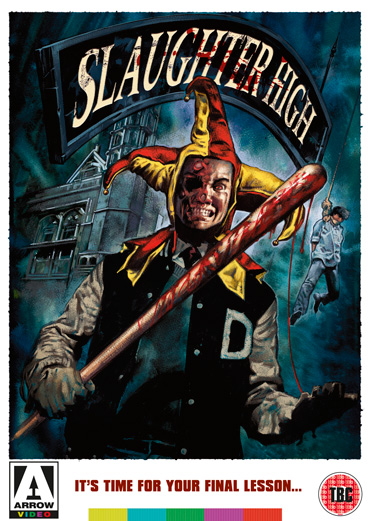 Do you feel this content is inappropriate or infringes upon your rights? Click here to report it, or see our DMCA policy.
Tobe HooperLawrence BlockElizabeth BerridgeShawn CarsonJeanne AustinJack McDermottHorror