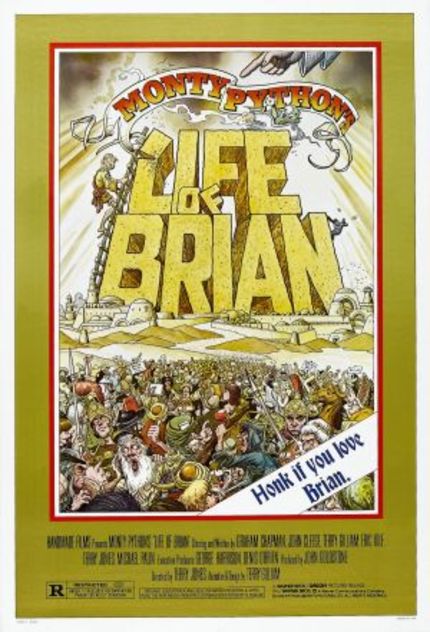 Written by The Thick Of It and In The Loop co-writer Tony Roche with Owen Harris (Misfits, Secret Diary Of A Call Girl) directing, Holy Flying Circus will be a dramatic re-telling of the controversy surrounding the theatrical release of the Python's 1979 feature film The Life Of Brian.

Though Brian - which I personally believe is far and away the best thing the Pythons ever did - was a big success on release the nature of the story - which revolves around a man living at the same time as Christ and who is widely mistaken for the Messiah - led to mass protests and calls for the film to be banned with protests reaching from the general public up to high profile broadcasters and church officials.

A ninety minute production set to air on BBC Four, Holy Flying Circus will apparently feature some animated sequences involving both puppetry and cutouts, so they're clearly aiming to recreate some of Teerry Gilliam's signature style.
Tweet Post Submit