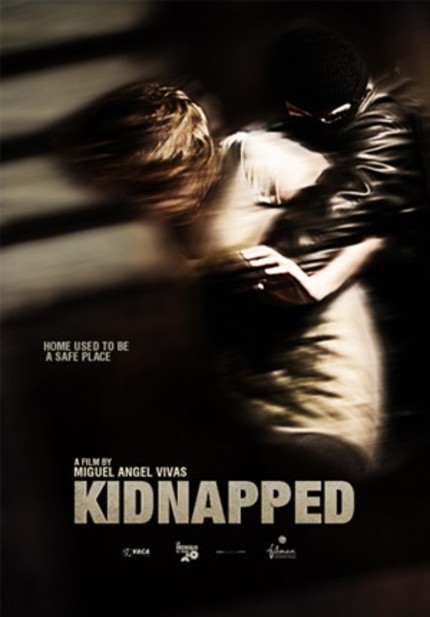 At some point yesterday the US trailer for Miguel Angel Vivas' stunning debut feature Kidnapped arrived online at Apple, prompting a great deal of excitement among those of us who have championed the film since its award-winning debut at Fantastic Fest 2010. But that excitement turned to frustration when we discovered that the trailer presented was an uninspiring dub job instead of the original Spanish.

Well, IFC Films would like those of you unimpressed by that trailer to know two things.

One: That is not the trailer that was meant to go online. The dubbed version was prepared as an option for the eventual DVD release and was not how they intended to introduce the film to the general population. The dub trailer was released by accident by someone at Apple who simply uploaded the wrong version and it has since been replaced by the proper, Spanish language trailer.

Two: When the film is released in theaters on June 17th it will be IN THE ORIGINAL SPANISH LANGUAGE WITH ENGLISH SUBTITLES. The dub exists only as an option for those who purchase the DVD down the road.

All of that said, you can now see the trailer the way it was meant to be seen, and I recommend very highly that you do. This is one of the most most striking, most powerful debut films I've seen in years.
Tweet Post Submit