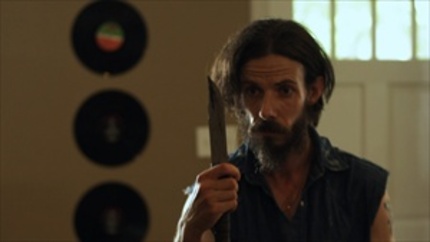 I'm not the biggest fan of Simon Rumley's much-lauded psychological horror Red White and Blue, but it has more than its fare share of admirers round here and undoubtedly features a weighty central performance from Noah Taylor.

Trinity Films will release Rumley's movie as the first film under the newly created Trinity X label, designed to showcase "challenging material". Having caused waves on the festival circuit it's great to see such a resolutely uncompromising flick like this picked up for UK distribution.

"Mark Sandell, co-director of Trinity Films, said today from Cannes: "Trinity X will take on much more risk-taking projects that may not sit very easily with exhibitors. These films won't be exploitive, they will still carry the Trinity brand of originality and vision but due to their controversial nature we can challenge the distribution norms and traditional windows. Red White & Blue is a perfect fit. It's a challenging, character driven piece with a strong director's vision and stunning performances. I haven't seen that many horror films that are this kind of hybrid and handled with such maturity"."

The current plan is to release in UK cinemas around September.