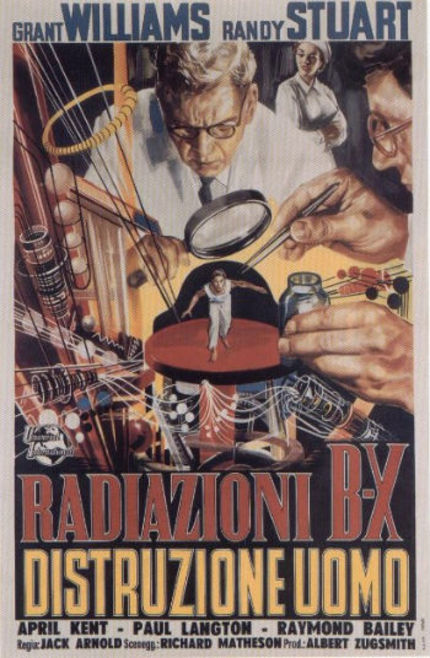 As an adolescent movie freak, I counted the 1957 science fiction film The Incredible Shrinking Man among the true classics of the genre -- right up there with The Day the Earth Stood Still, War of the Worlds, Forbidden Planet, and The Thing from Another World. But as the years went on, it felt more and more like I was one of the few who was madly in love with the Jack Arnold / Richard Matheson collaboration that feels a lot like the very best Twilight Zone episode stretched to feature length. Maybe it's the silly title, or the fact that it was generally tough to find on home video for quite a while -- Universal packaged it (unkindly) into a multi-movie DVD edition several years back -- but it feels a bit like The Incredible Shrinking Man has skirted with relative obscurity. And that freaking sucks.

But guess WHAT?!? This fantastic classic of speculative fiction will soon hit home video in standard and Blu-ray editions! I've been whining for this sort of release for years! General nerd gossip used to say that Universal was "holding" the film for re-release because they had some goofy comedy remake on the back burner, and it'd only make sense for them to tie the original film together with said remake. But NOPE! Remake or not, you can now appreciate (or revisit) this great film on August 30. One wonders if Universal plans to release Lily Tomlin's comedy version (The Incredible Shrinking Woman, Joel Schumacher's debut, fyi) around the same time, but I'm not about to push my luck.

If you take my advice on one 1957 film this year, please let it be The Incredible Shrinking Man. And for god's sake, don't let anyone spoil the ending! 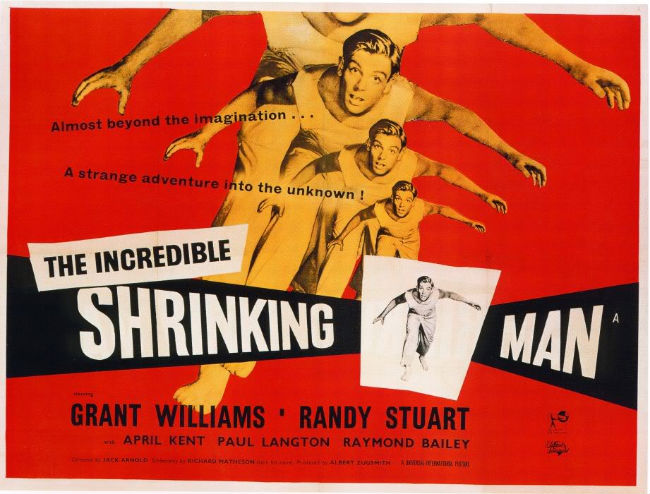 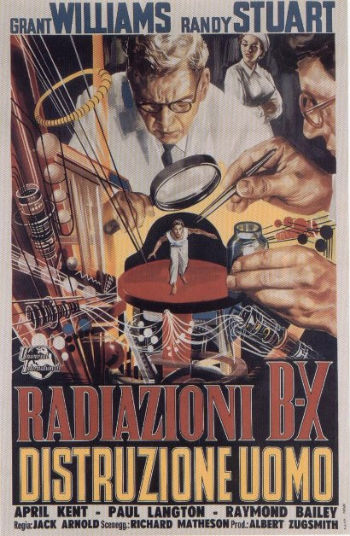 More about The Incredible Shrinking Man