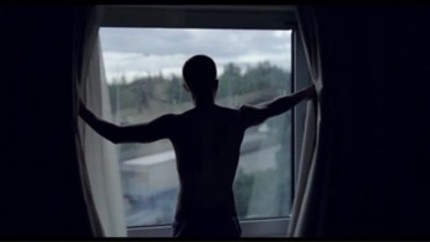 So, how happy do you think Norwegian director Joachim Trier is right now that his famous uncle Lars added the 'Von' to his name during a particularly pretentious fit in his college days, thus allowing Trier the younger a bit of distance from the other Cannes selected filmmaker in the family?

While Lars Von Trier is making headlines for all the wrong reasons in Cannes this year, Joachim Trier is riding a slowly growing chorus of acclaim for his sophomore feature - Oslo, 31 August.

The picture reunites Trier with his Reprise star Anders Danielsen Lie - a non-actor who is a practicing medical doctor when not starring in Trier's films - with the duo setting out to capture the story of a single day in a recovering addict's life. Trier has a potent gift for character and a seemingly innate sense for the quiet moments that really define a person and, clearly, these two have a powerful working relationship.

Some clips from the film turned up earlier but now the full trailer is on hand as well. Find it below.