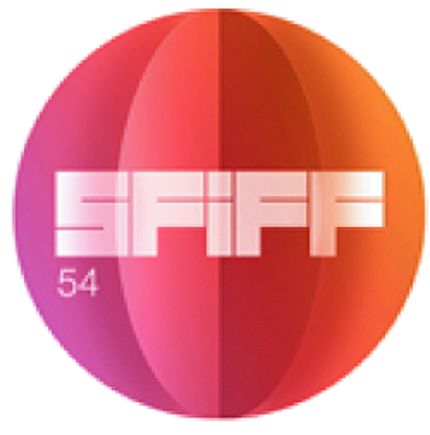 [Allow me to introduce the most recent intern for The Evening Class, Jackson Scarlett, known to local cinephiles through his efforts for the Global Film Initiative and as publicity coordinator for the San Francisco International Asian American Film Festival. We welcome his contributed focus on some of the French films programmed into the 54th edition of the San Francisco International Film Festival (SFIFF54), and especially for his sharing them with the ScreenAnarchy readership.]

My excitement over SFIFF54's announcement of Tindersticks: Claire Denis Film Scores 1996-2009--tempered by my disappointment that Denis herself was not expected to attend this year's festival--led to the soothing observation that in their 54th edition SFIFF's vision of French cinema intriguingly comports with Denis's own: evoking her vigilant attention to inequalities of race and class, and her ongoing preoccupation--both obscure and direct--with issues of alienation, motherhood, and genealogical quests for personal identity and meaning.

Incendies (dir. Denis Villeneuve, Canada / France, 2010)--I caught Villeneuve's latest Oscar®-nominated film in 35mm at a press screening, which was a treat. This time-spanning narrative drives its central conflict forward through an unnamed country in the Middle East, touching upon the honor of the notary code, the dislocations of religious terrorism, and family reconciliation through the revelation of long-buried secrets. It sweeps across its vast landscapes and thematic scope with seeming effortlessness. In its tale of a mother's quest to secure meaning in her own life, and her children's quest to understand their mother's deathbed instructions and--thereby--the truth of their own origins, Incendies elevates a woman's arduous individuation to adventurous heights. Already a festival highlight in my book, I'm eager to re-watch it when Sony Classics brings it out in wider release.

The Place In Between (Sarah Bouyain, France / Burkina Faso, 2010)--Presented in association with the Museum of the African Diaspora and a New Directors Prize Contender, The Place In Between treads similar territory to Incendies but through a distinct voice, humanizing the search for self-actualization through family history. The film connects the lives of two women: one who supplements her earnings as a cleaning woman by teaching Dioula in her spare time--thereby, tentatively revisiting a culture she had once abandoned--and the other who searches in a foreign land for a mother she has never known. Where conversational misunderstandings in Incendies provided grist for the mill of its roiling narrative, The Place In Between situtates its most poignant moments in the spaces where language fails altogether, creating a realistic and ethnographic feel to the film that befits Bouyain's background as a documentary filmmaker. This documentary impulse, along with the film's excellent soundtrack, is where The Place In Between is at its most evocative.

The Sleeping Beauty / La Belle Endormie (Catherine Breillat, France, 2010)--Breillat's latest costumed commentary on femininity nearly obliterates the mother as it beckons a young princess--played by the undeniably talented newcomer Carla Besnaïnou--into adulthood through a string of fantastical encounters. Using a cast mostly comprised of children, the film weaves an interesting tale of adventure but fails to exercise the kind of care that elevated her last film, Bluebeard (Barbe Bleue, 2009), to headier territory. Instead, Sleeping Beauty flounders--oscillating wildly between Jan Švankmajer's sublimely surreal Alice (Něco z Alenky, 1988) and 1985's imbalanced, surreal-for-entirely-different-reasons televised version of Alice In Wonderland--until it awakens awkwardly in the present day, shedding its fairy-tale trappings for a facsimile of the harsh didacticism that made Anatomy of Hell (Anatomie de l'enfer, 2004) such a treat.

Children of the Princess of Cleves / Nous, princesses de Clèves (Régis Sauder, France, 2009)--A princess of a different sort emerges in the American premiere of this class-act documentary: an unforced inspection of a lower-tier school in Marseille whose students are studying the literary classic La Princesse de Clèves--recently revived in the French public consciousness by disparaging remarks made by President Nicolas Sarkozy--in preparation for their baccalaureate exam. In a surprisingly inspired bit of filmmaking, passages from the novel act as a formal device, sectioning the film into metaphorical frameworks for director Sauder and his subjects to organize their thoughts on school, sex, and sociality within not only the subjective context of their teenage years but also within the wide swath of France's marginalized ethnic communities. Suggestions that the all-or-nothing approach of the bac--and by extension France itself--endangers these nascent adults are left mostly to the audience, but such a connection is heavily implied in this rough but right-hearted effort.

Living on Love Alone / D'amour et d'eau fraîche (Isabelle Czajka, France, 2010)--An ugly duckling in this year's lineup, Living on Love Alone plays out typical "French" cinematic clichés: namely smoking, sex, and ennui. As it slickly switches from the tale of a rootless, promiscuous young woman to a sweet Bonnie & Clyde romance, Living On Love Alone takes pains to maintain a light tone suitable for viewing in mixed company, even as at times the quotidian criminality of George Sluizer's 1988 classic The Vanishing crept to mind. Hands Up / Les mains en l'air (Romain Goupil, France, 2010)--Though it's the only film to directly moralize on the running themes of SFIFF's French selections this year--alienation, motherhood, and the legitimization of foreign nationals as part of French Culture--Hands Up keeps it date-night light, focusing on the reminiscence of young love and childhood's magic while infantilizing the political strife backgrounding its story as a conflict between kid-aligned mom Valerie Bruni-Tedeschi and her "evil" husband. Rich in its nostalgic mood, and sparkling with talented and adorably cute children, the kid in me wasn't satisfied with the limited payoffs of the film's clever contrivances, which ultimately fails to make hay with its innovative framing (it's narrated from the year 2067).

A Cat In Paris / Une vie de chat (Alain Gagnol & Jean-Loup Felicioli, France / Belgium / Netherlands / Switzerland, 2010)--Dino, the cat of record, splits his time between Nico, a skilled cat burglar, and Zoe, a young girl who--in classic cartoon tradition--wisely remains mute so that we can project only the best characteristics upon her. While there's a good deal to like, between the rather adult police thriller in which Zoe and crew find themselves embroiled, and the film's zippy chase sequences, I found myself mesmerized by Cat's lovely storybook-like animation and Nico's delightful serpentine mode of motion; wondrous to behold. Screening Out of Competition in SFIFF's New Directors sidebar.