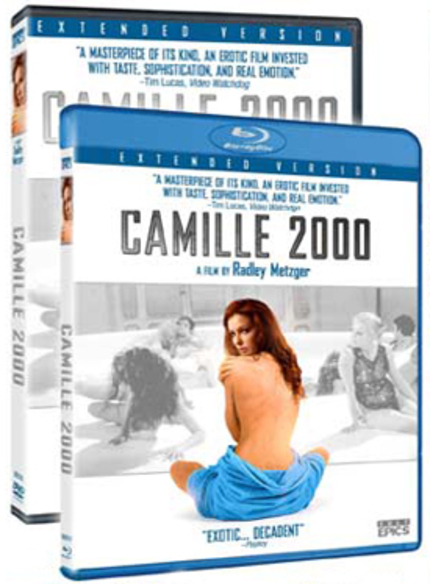 Hot on the heels of their awesome release of The Lickerish Quartet, Cult Epics have announced some cool new details for their imminent release of another Radley Metzger classic, Camille 2000.

Cult Epics have managed to secure a never before seen recut of the film by Metzger and will be releasing it for the first time in a high definition transfer on both Blu-ray and DVD.

When she falls in love with the handsome bachelor Armand (Nino Castelnuova), he insists on absolute fidelity. Known by her reputation, Armand's controlling father soon intervenes, triggering a tragic turn of events.