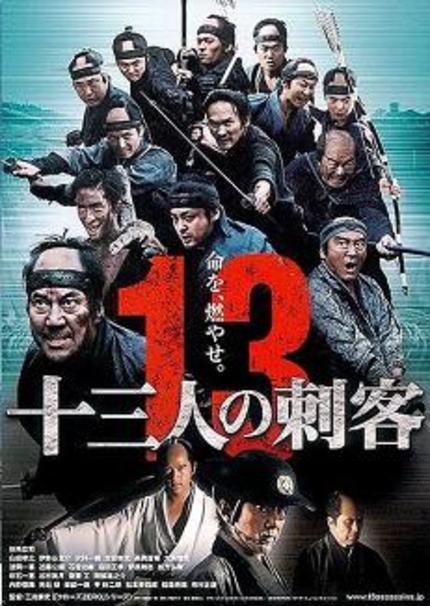 Miike Takashi's chanbara flick 13 Assassins will probably strike a lot of people as much more impressive than it really is, if they've never seen a Kurosawa movie, read Lone Wolf & Cub or even missed out on Yôji Yamada's recent output (Twilight Samurai, Hidden Blade, Love & Honor). It's a good film, but there's not much of Miike in there, and what's left pales next to the things that influenced it.

The film opens in the dying days of samurai-era Japan, when a loyal retainer commits hara-kiri in protest at the latest in a string of atrocities carried out by the heir to the shogunate. Lacking any battles to excel in, Lord Naritsugu (Gorô Inagaki, from idol group SMAP) sees his position as an excuse to indulge every passing impulse, no matter how twisted, murdering and raping the peasants on a whim. As the shogun's brother, the court are powerless to intervene directly.

In desperation, Sir Doi calls on Shinzaemon Shimada (veteran star Kôji Yakusho), an old friend languishing in semi-retirement, and sets out the court's dilemma for him. Horrified at the evidence of Lord Naritsugu's depravity, eager for one last chance to serve the realm and make up for past regrets, Shinzaemon agrees to put together a crack squad to kill the heir, knowing they'll more than likely not be coming back alive.

Partly financed by the British producer Jeremy Thomas, 13 Assassins is definitely one of Miike's glossier films, with a fairly high profile cast to match. Kôji Yakusho is terrific as Shinzaemon, playing the ageing paladin to the hilt - the moment he realizes he's been handed the opportunity for a glorious death he's dreamt of is a standout - and his supporting cast are solid across the board.

It's a shame, then, the film itself doesn't quite back them up. There's very little of Miike's trademark invention or willingness to push boundaries in evidence. Maybe it was the thought he needed something that'd play to a wider audience, but on the one hand it's a fairly straight-laced chamber drama with a full-on battle sequence tacked on the end, yet the few shock moments until that point stop 13 Assassins from being anything like as serious as The Bird People In China. All too often this leaves it weirdly noncommital.

Lord Naritsugu is a cartoon - Inagaki does a reasonable job, but his effete sociopath belongs in some second-rate anime from the mid-90s. Yet everyone takes him so seriously it makes for a weird disconnect. The battle of wits between Shinzaemon and Lord Naritsugu's right-hand man is frequently thrilling, but when you're reminded of who it is they're fighting over the whole thing seems vaguely ridiculous.

Miike definitely has an idea of how ridiculous, but he's plainly trying to pay tribute to the classics, too. One of the thirteen is about as blatant an homage to Tôshiro Mifune's famous role in 7 Samurai as they come, to say nothing of the whole premise of a daring last stand. But again, the director can't seem to decide whether to go for broke or play the climactic battle seriously, and while the result makes for entertaining watching it's also weirdly listless.

The final battle has its moments, with chaos on such a scale as to rock you back in your seat more than once. At the same time, it doesn't begin to compare with the razor-sharp choreography in Kurosawa's oeuvre, both from moment to moment and over time. There's a point at which Miike seems to begin killing the good guys off for no reason other than he's remembered some of them need to die, before which they were cutting down scores of men without taking a scratch.

Again, 13 Assassins is still perfectly good, tighter and more focused than the bloated rockstar excess of something like Zebraman 2. The rising tension as the thirteen plan their assault, from the verbal sparring to the training montage and the points where they're almost discovered is frequently rousing stuff, none of it particularly original but visceral nonetheless.

But it's too matter-of-fact to raise itself above the competition. There just isn't enough of the wit, surprises or general artistry it needs to make it a great film. A cartoon villain, some pretty location photography, obvious nods to the classics and hundreds of cannon fodder running into a mincer don't automatically make for a classic, and all the efforts of the cast can't quite shake the impression Miike's coasting. Sukiyaki Western Django lacked 13 Assassins' polish, but its energy, its gleeful, balls-out sense of chaos and punkish spirit are largely missing here.

For those after nothing more a band of fearless heroes teaming up to defeat a very naughty bad guy, all wrapped up with a big, clumsy ruckus, 13 Assassins delivers. It's a pleasing enough popcorn film, if one that comes with rather more blood than usual, driven by some excellent performances. But those few moments where it promises to develop into something deeper are mostly squashed before they come to fruition.

All the preparation, plotting and counter-plotting and ruthless pre-emptive strikes come down to a lot of rolling around in the dirt and screaming, and Miike never does anything to suggest that was the idea. If you want a handsomely mounted, entertaining, though relatively brainless period thriller, and can make excuses for a few rough patches, by all means consider 13 Assassins recommended.

(13 Assassins was screened as part of the 17th Bradford International Film Festival, held at the UK's National Media Museum from 16th-27th March 2011.) 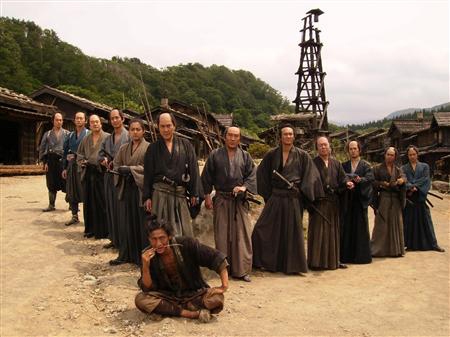 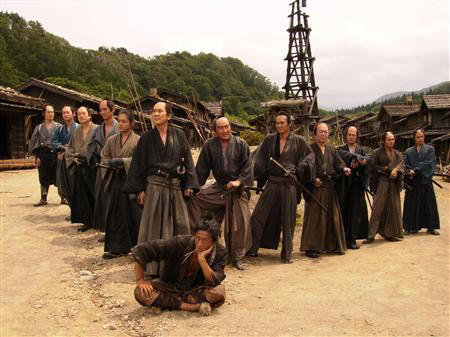 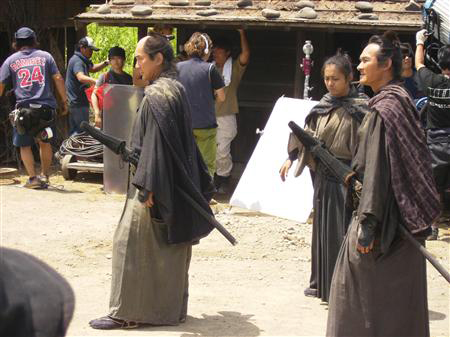 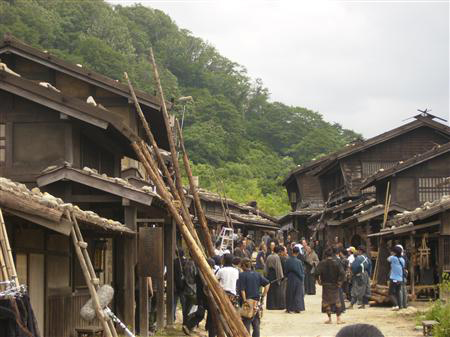 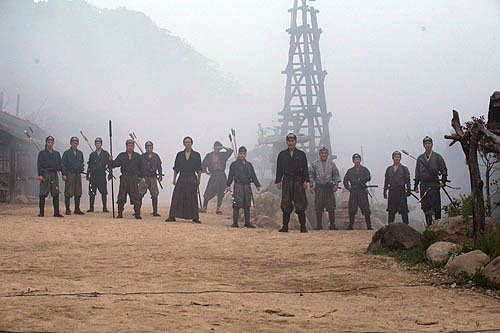 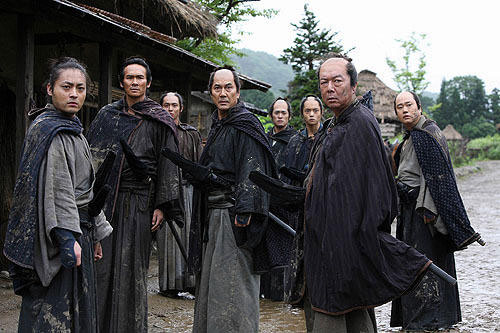 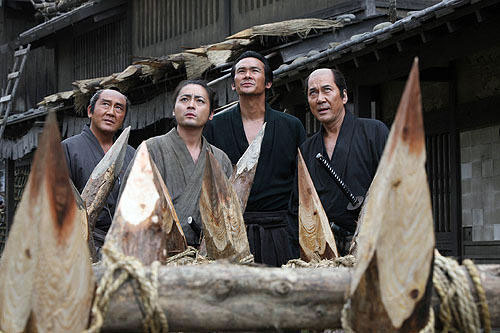 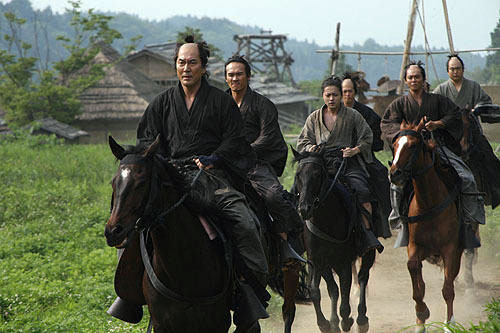 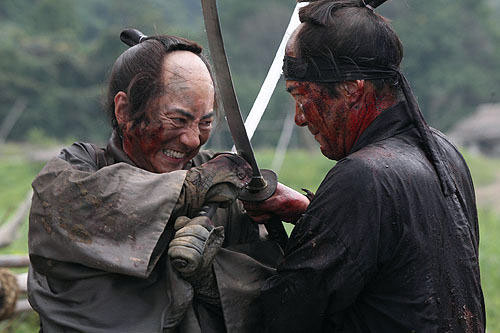 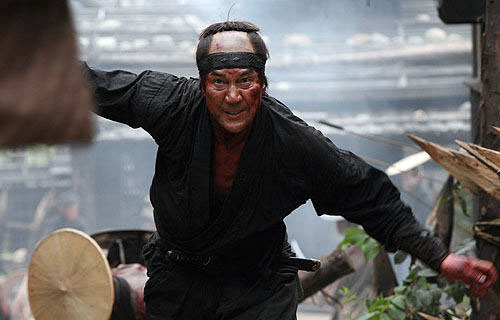 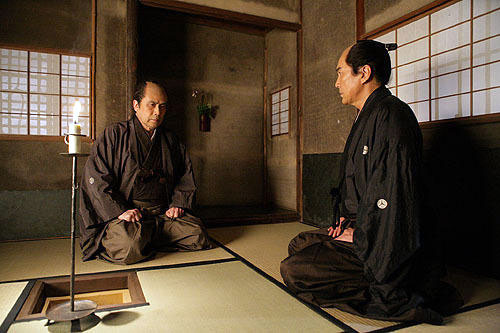 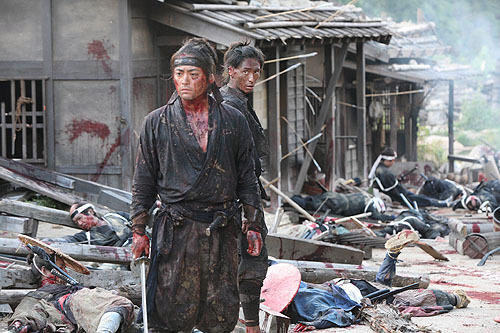 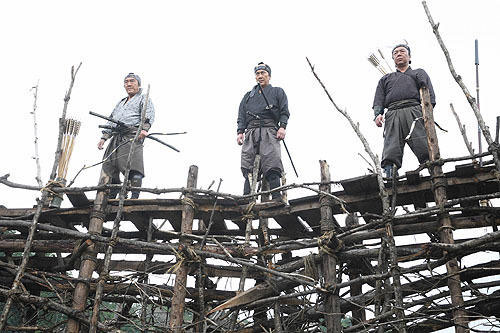